“Nobody in the world can play guitar in the exact same way that you play. Nobody shares the same life, the same set of musical influences, musical ideas, skills, passions.

But in order to get there, you first got to learn from others. Learn from those who have done that masterfully and laid the path before us. All art is built on the shoulders of previous influences.”

This one may sound like a buzz phrase, but personally – just when I started really getting in touch with this aspect – I finally got out of the years-long rut that I was stuck at. Where I felt that there’s nothing really special or fun going on in my playing. (As much as I loved doing it)

Since then – my motivation and my drive for discovering more on the guitar have been WAY stronger.

Finding your own sound, for me, is practically all about getting out of that “generic” way of playing songs, where you just play those campfire strumming patterns, (down-down-up…) without nothing interesting happening, without nothing that's coming from the heart. 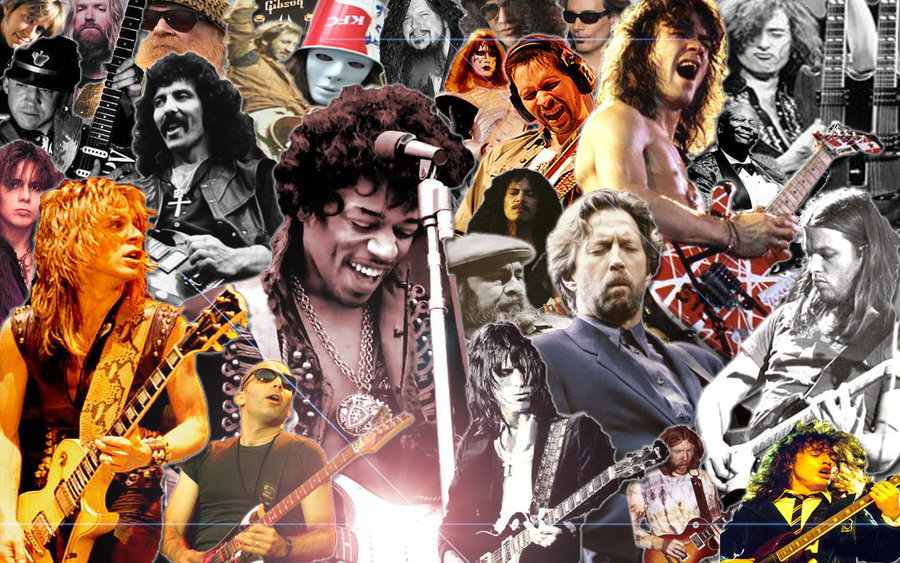 How to do actually do it, in my opinion, comes down to two main steps.

The 1st step to developing your own style:

Find those guitarists who played guitar in the songs that moved you the most.

Even if you’re not at a point where you know certain names of guitarists that you really appreciate – it’s all good. Just try to remember certain songs by certain bands- where you really liked the guitar playing. This is an excellent place to begin with as well.

Now – go back to those songs, listen to them, and you can even look for more work by that same guitarist in order to make your inspiration pool bigger.

—Below – you will find a list that I made for you of common “guitar heroes” that you can gather inspiration from – who have a unique approach to playing songs. (Not necessarily solos – which is what many similar lists will be all about – because today, here in this post, we are all about the song-playing… (rhythm-playing)

The 2nd step to developing your own style: (rinse and repeat this one all throughout your life…)

Start getting the favorite songs of your favorite guitarists – out of YOUR own hands.

Use your ears to figure it out, (on YouTube you can slow down to 0.75x or 0.5x speed, it helps a lot!) or look for lessons on YouTube that’ll teach you how to play them note for note, or as close to it as possible. Work super slowly until you can play these songs yourself, with all the nuances. It’s doable. (Soon enough, you won’t need to rely on video lessons that much, as your ears will start telling you a lot more answers)

This will be the point where besides expanding your repertoire, you will also start seeing elements from your favorite guitarist’s song-playing approach – that will start coming out of your own hands in many other songs as well.

And when you “rinse and repeat” this process over time, and with more artists, and while you’ll keep being exposed to your own set of influences – this is exactly what will build your own sound and your style.

There aren't really shortcuts, in order to develop your own style, my feeling is that you gotta make a lot of “stops” on guitarists that you really LOVE – and learn your favorite pieces by them – note for note. Soon enough it will all start mixing up inside you, along with what's inside you and what's in your other influences – and you'll start forming your own style.

When you find someone whose work you like – don't just listen and play his music. Instead – try to get to know the soul behind this guitar, and understand where that music is coming from. Read about him, watch interviews, imitate his playing in different songs… (“How Jimi Hendrix would have played “Time of Your Life…”?). This really takes the joy and the passion to new levels, and makes your connection with the music much deeper.

“Slowly, all the guitarists, songs and riffs that you’ll learn and listen to – will start blending into YOUR own playing, and into the way that you are touching your guitar in a variety of songs and genres.” 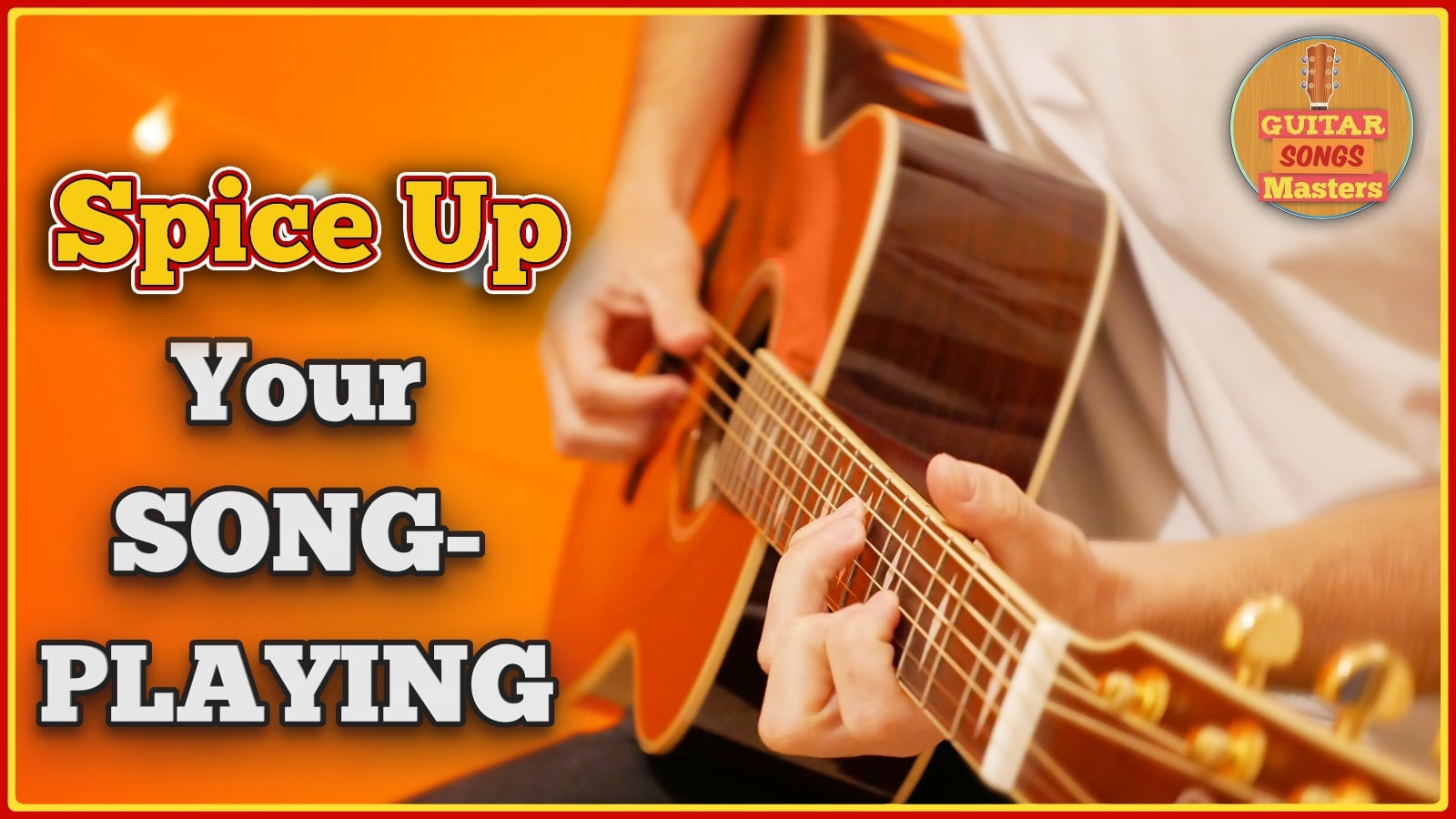 Keep developing your own style with the flagship Guitar Songs Masters course: “18 Techniques to Spice-Up Your Song Playing; Develop Your Unique Style”

“All art is built upon previous influences”

Each one of them has HIS own sound, but you can clearly hear the previous influences inside it as well.

Back to my personal example – learning the Jimi Hendrix style was what gave me the right hand groove techniques, and the “riffs between the chords” approach – that I use in most other styles that I play now, not just in “Hendrix style rock n’ roll”. 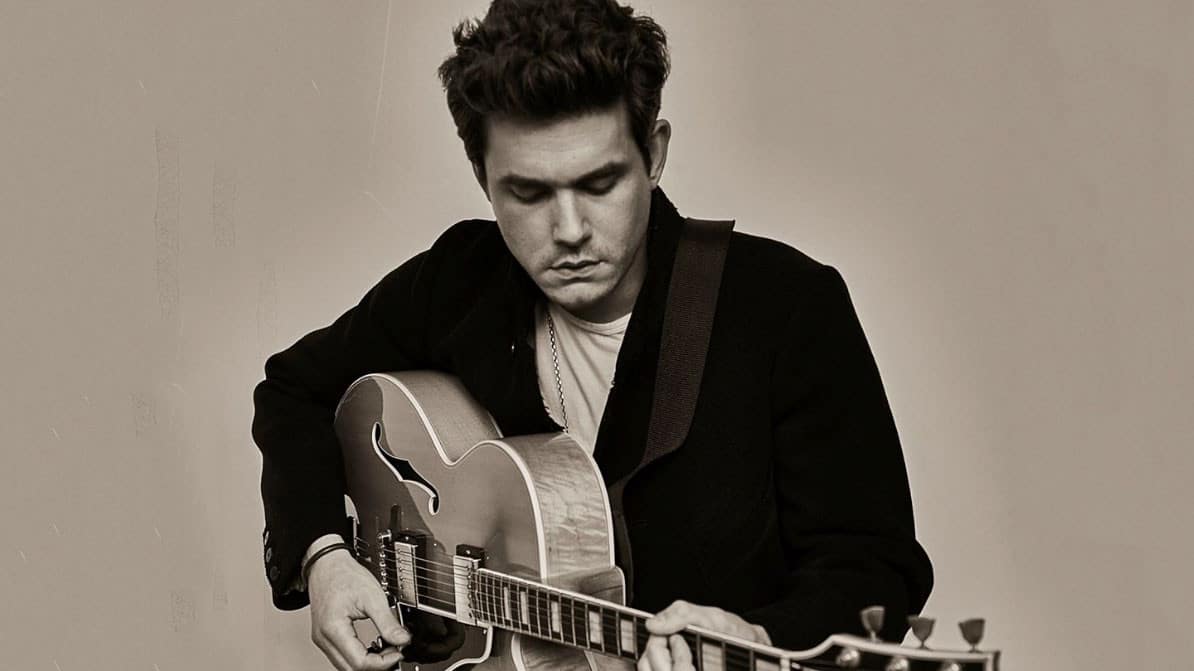 Inspiration-Gathering Corner: Guitarists / Bands with a Unique Approach to Song-Playing

Jimi Hendrix: The first one to massively combine rhythm and lead guitar together by adding riffs between the chords, while making the “thumb-from-above” chords popular. Also – famous for his special “right hand groove”. Notable examples of his song-playing style: The Wind Cries Mary, Little Wing, All Along The Watchtower, Hey Joe.

John Mayer: Incredibly versatile and beautiful approach to playing songs both on acoustic / electric guitar. Whether if it’s rock, folk, country, blues, you name it. This guy’s music is a school for guitar song-playing. Notable examples: Slow Dancing in A Burning Room, Who Says, Daughters, The Heart of Life, Something Like Olivia.

Mark Knopfler (Dire Straits): Hard to explain, but Knopfler has a special touch that I find the most beautiful on this list. Also – one of the only ones that never uses a pick, both on acoustic and on electric, and you can clearly hear it when you’re paying attention to it. Notable examples: Sultans of Swing, Romeo and Juliet, Wild West End.

The Beatles: Usually it’s either John Lennon or Paul McCartney behind the acoustic guitar (or both), that provided the world with some of the top song-playing schools. The beautiful thing is that while most of their contemporaries usually played simple chords and ideas, the Beatles’ songs often have complicated musical twists in them (whether if it’s jazz chords that are added to a simple rock song, or an ear-catching “anchor” note, such as in the Julia’s verse). Notable examples: Blackbird, Michelle, While My Guitar Gently Weeps, Norwegian Wood.

John Frusciante (Red Hot Chili Peppers): The most popular combination of funk and rock. Lots of right-hand groove and funk. Lot’s of riffs in between the chords. Notable examples: Under The Bridge, Wet Sand, Scar Tissue.

Keith Richards (Rolling Stones): One of the fathers of rock n’ roll guitars – who came up with some of the most memorable electric guitar riffs, while also maintaining a special approach to playing acoustic songs. Notable examples: Angie (!), Wild Horses, Gimme Shelter, Beast of Burden. 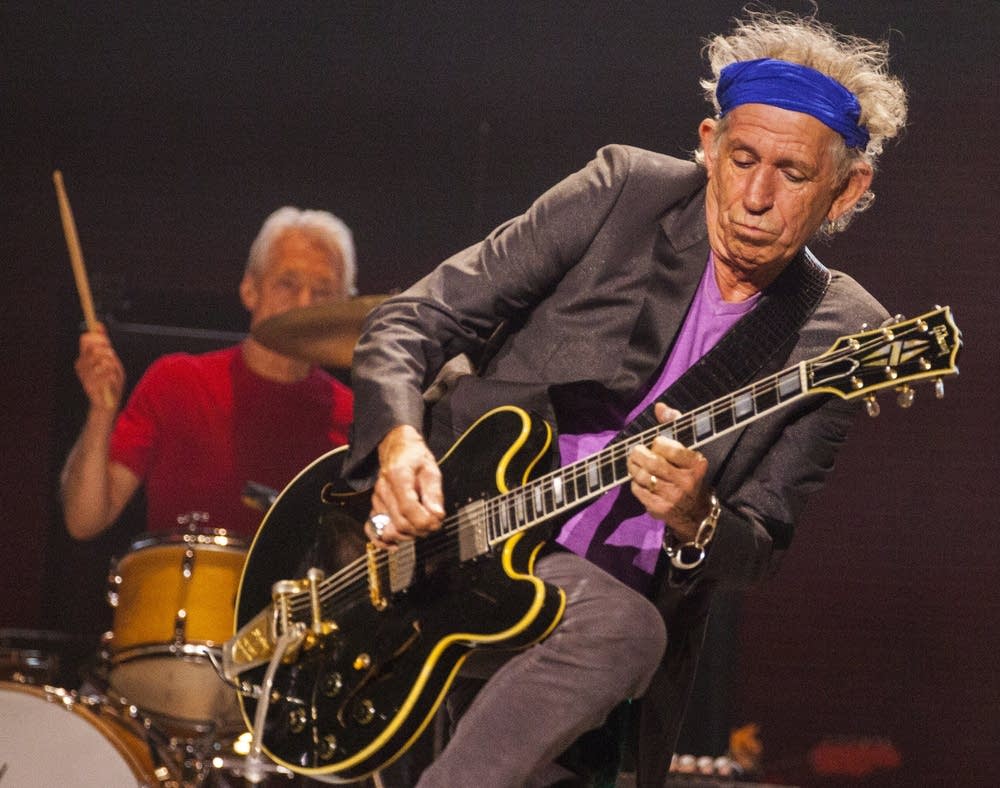 Keith Richards. (The Rolling Stones) A legend, and not just because of his riffs and lead-playing. Have a look at the songs I mentioned to hear his beautiful rhythm-playing as well.

Eric Clapton: A master of both heavy electric blues lead playing, and also acoustic song-playing with a lot of heart and precision. Notable examples: Bell Bottom Blues, Tears In Heaven, The entire MTV Unplugged show (1992), but if you let me pick just two – Layla, Nobody Knows You When You’re Down and Out.

Stevie Ray Vaughan: Heavily inspired from Hendrix. SRV brought the blues back to the spotlights in the 80’s with a super aggressive electric Fender Stratocaster tone and style that you can recognize within seconds. Notable examples: Pride And Joy, Mary Had A Little Lamb, Life By The Drop.

Ed Sheeran: Despite the guitar memes on the “simplicity” of his playing – I think that he knows exactly how to take a simple strumming song and put tons of emotion into it – so that it really helps grab the listeners. (And the YouTube views counters speak for themselves – there’s no other guitar-holding pop star that’s as successful as him nowadays) Notable examples: A-Team, Lego House, Give Me Love, Galway Girl. 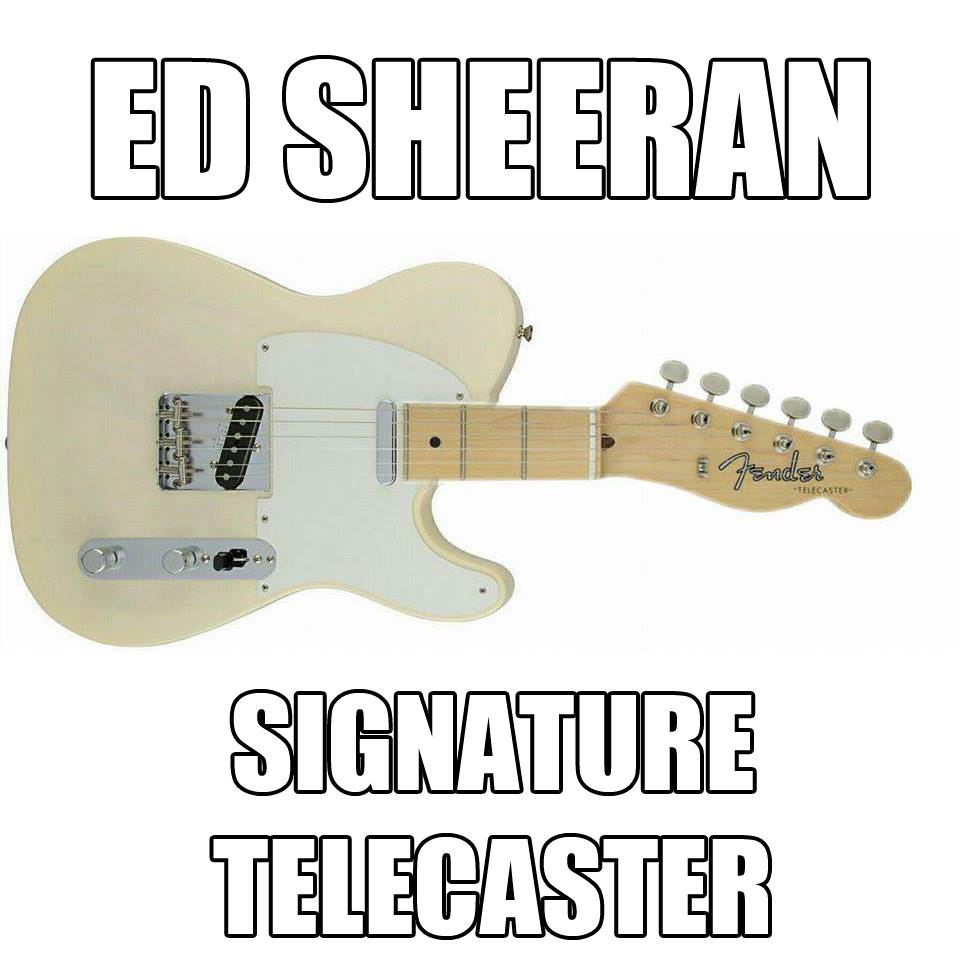 Another Ed Sheeran meme… I have to say I am not impressed, I think he definitely has a cool, solid style. (True, nothing fancy, but sometimes you don't need too much.)

← 4 Huge Singing Tips – Sing Much Better TODAY!
I Always Have Ideas for “Which Songs to Play”. Here’s My Secret: →