Learning the guitar for the sheer love of music is as valid a reason as any to learn, but for many guitarists – starting a band and performing live is their primary goal.

Making the transition from playing in a rehearsal room to performing on stage is a big step that is full of unknowns. In this piece we’re going to look at 6 important steps that will help your band become more professional and make sure that you’re able to give your audience the best performance possible.

About the Guest Author

Scott Ronald is a multi-instrumentalist who has been playing gigs since he was 13. More than 15 years later, he is a professional musician who has played many hundreds of gigs, from basement squat parties to some of the biggest rock and metal festivals in the UK & Europe.

Scott is also the editor of guitargearheadz.com, a guitar, pedal and amp comparison site. 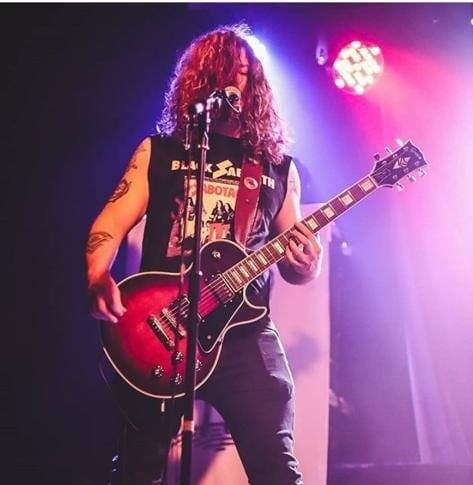 This is Scott, and all of the following photos are also from his band life.

1. Having the Right Approach to Rehearsals

Playing on-stage is a totally different beast to playing together in the practice room. The added pressure of an audience and stressful set-ups or line checks can mean that your nerves wreak havoc on your fingers.

Passages that you thought you could play in your sleep suddenly become almost impossible and before you know it, you’re overthinking every riff and making more mistakes than you ever did in rehearsal. 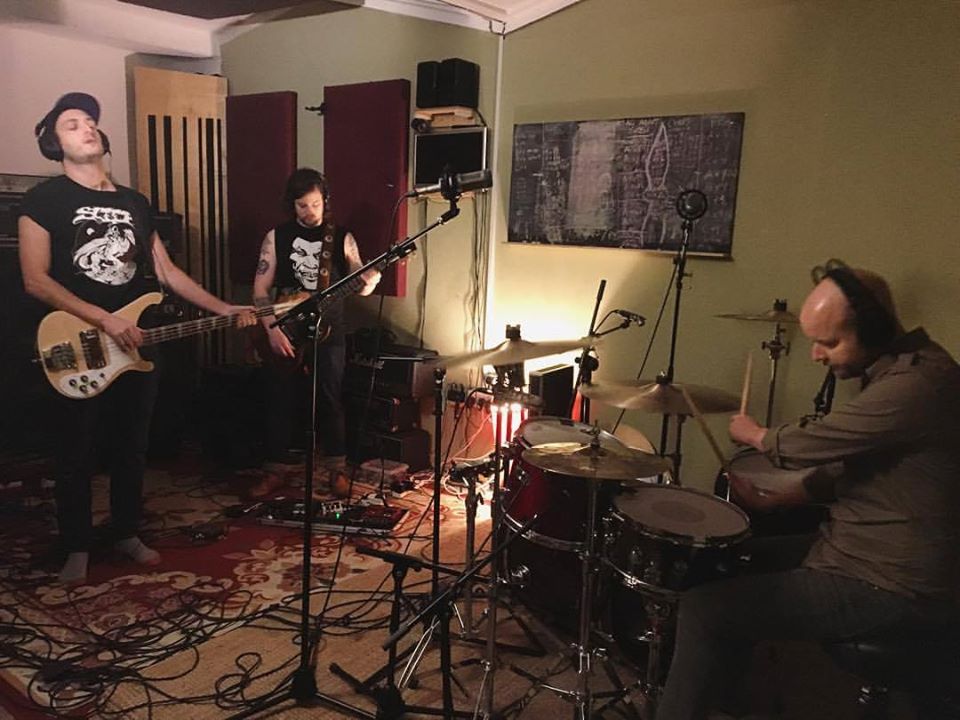 This is also extremely important in terms of the whole band being tight and locked into each other. The more automatic and effortless you can make your playing, the more mental bandwidth you can dedicate to concentrating on what your bandmates are playing.

There is a huge and audible difference between a band that is locked into each other, and a band where the members are concentrating on playing their individual instruments. The tightness and impact of a band’s music comes from the nuances and precision of the band as a unit. This is impossible to achieve if all the members haven’t practiced enough and have to concentrate mostly on their own instruments.

Therefore, center your rehearsals around making the whole band as tight and locked into each other as possible. Practicing for gigs shouldn’t be about learning the songs to an acceptable level – that should be done independently at home – it should be about fine tuning the whole band’s performance and synchronicity.

Achieving a professional level of tightness is as much about reviewing your performance objectively as it is spending time playing together.

A problem that all musicians share, however, is that it is very hard to objectively hear how you sound (to the audience) when you are playing. Not only are you concentrating on your own playing and that of your band members, but you are actively audiating. (Trying to figure out how it all sounds like) When you audiate, it changes how you perceive and hear the music that you’re making.

The best way to get an accurate representation of how you sound is by recording the set live from the rehearsal room. This doesn’t need to be a particularly hi-fi recording – modern smartphones do a pretty great job of recording loud environments accurately.

Field recorders (such as the Zoom H4 and H2 series) are even better at accurately picking up the sound of the band. Place the phone or recorder off the floor in a position that it can pick up on all the audio sources. On a cushioned chair in the middle of the practice room always works well.

Being able to listen back to the set repeatedly between rehearsals will help you pick up on areas that need improvement, or identify overarching problems such as your singer being consistently out of key or your drummer losing tempo.

By doing this, you get an objective idea of how your band sounds so that you can plan rehearsals around improving the specifics of each band member’s performance.

As an added bonus, it also forces you to practice the whole set in one go – just as you will play it at the gig.

3. Practice Setting up and Stripping Down Gear

While your musical performance is the most important part of playing live, there’s a whole lot of less glamorous but very important aspects of putting on a live show. One of the most crucial is making sure you can set up and strip down your rig quickly. If you’re a new band you’ll likely be playing on multi-band bills with limited turnaround time, which can make this process quite stressful.

Just like actually playing your instrument on-stage, setting up your gear suddenly becomes a lot harder once you’re out of the controlled environment of your rehearsal studio.

You’ll often find yourself needing to set up your rig in a couple of minutes, on a dark, cramped stage that has sound engineers and stage managers pacing about on it. 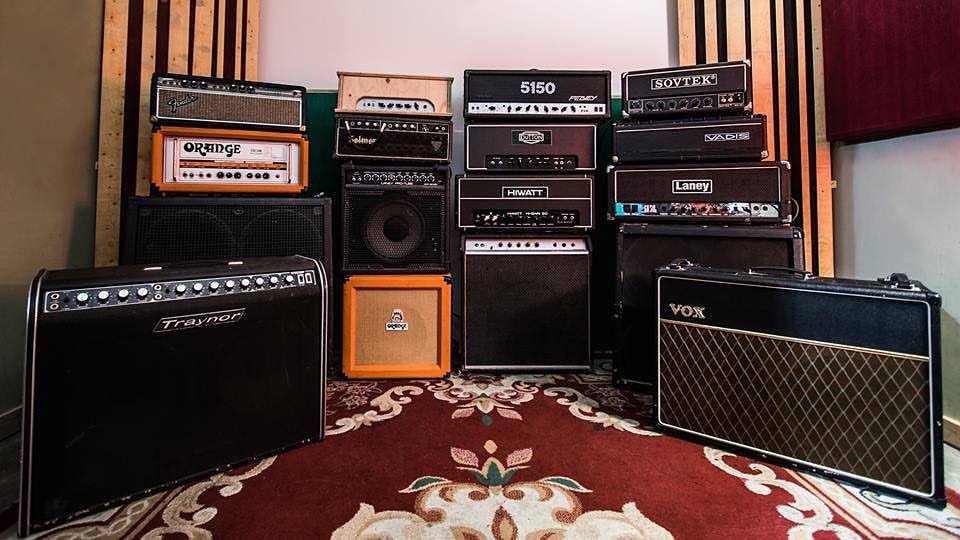 For this reason, it is always important to know your rig inside and out so that you can confidently set it up quickly and not feel anxious or stressed about it when it comes to actually setting it up on stage.

It’s also worth streamlining your rig for gigs that you know will have quick turnaround times between bands. If you have pedals or hardware that are complicated and time consuming to set up, you should think hard about whether you really need them or if they’re more hassle than they’re worth.

Also, remember that the promoters, stage managers and other bands are relying on you to quickly strip down your rig and get offstage after you’ve finished. Don’t be the kind of band that takes so long to get off stage that the night runs later than scheduled, as it is a surefire way to ensure you don’t get invited back by the promoter.

4. Think About Monitoring Before the Gig

On-stage monitoring is absolutely crucial, particularly for singers. Without it, you can struggle to hear what you are playing, as well as not being able to hear each other.

The dimensions and acoustics of a venue are going to be hugely different to what you’re used to in a rehearsal space. More often than not, your backline alone is not going to be enough for adequate on-stage monitoring.

If you have to play a venue with poor monitors, prioritize the singer. This might mean that the rest of you suffer but I guarantee that the band will sound better to the audience with the singer in key! 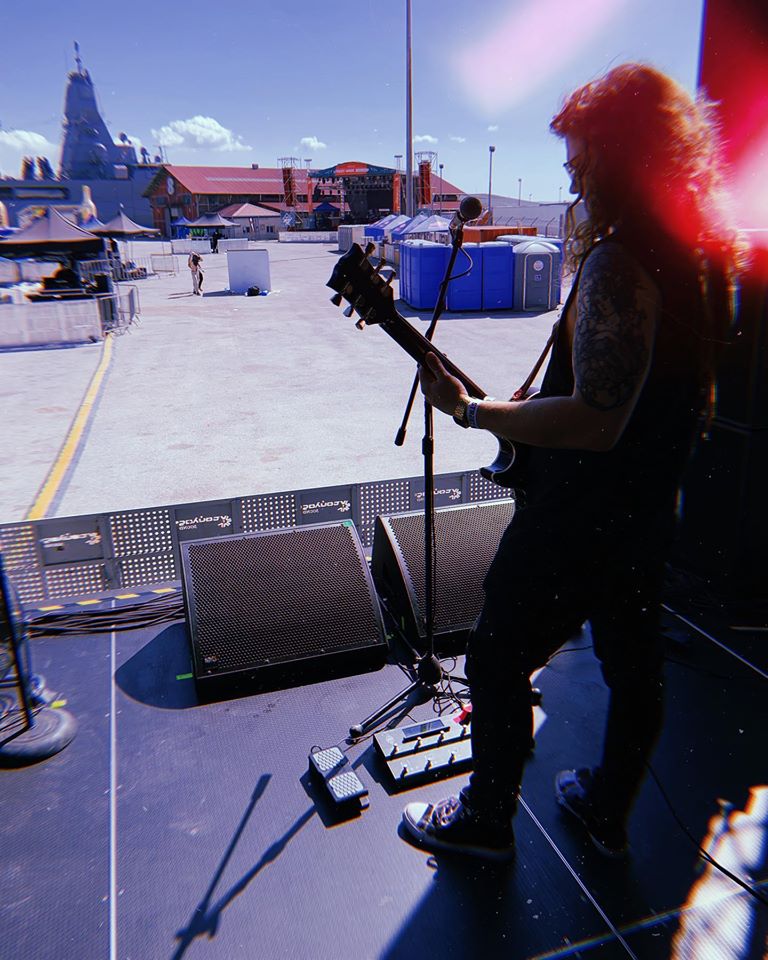 Similarly, be mindful of one another’s experience and the sound engineer. When presented with poor monitors it can be tempting to blast your amp loudly so that you can hear yourself clearly, however this will invariably result in a volume war with your bassist and other members.

Loud backline makes the sound engineer’s job a nightmare as the amps will bleed into the drum mics and vocal mics, making everything sound like a feedbacking, reverby mush.

If you are not able to play to a high standard with poor monitors, you’re not ready to be on stage.

5. Set Up Your Sounds So That You Complement Each Other Instead of Getting in Each Other's Way

It’s important to sculpt your guitar tone in the context of the band you’re playing in.

EQ your guitar for the overall benefit of the band to ensure that each instrument is audible and contributes to the collective sound. When playing your first gigs you’ll be using the house engineers who won’t know exactly how you should be mixed.

By making sure that the band sounds clear to begin with, you will ensure that you’ll have a clean and powerful mix from the front of house.

If you are the sole guitarist in the band you have a lot more sonic space to play with, but you should still be mindful of how your guitar tone interacts with the bass and drums. Too much bass in your tone and you’ll be in the bass player’s sonic territory which can end up making the whole band sound muddy and undefined. 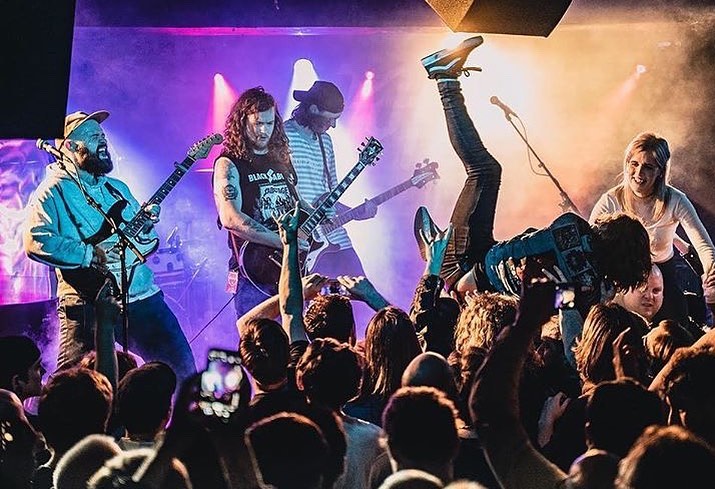 Too much high end can not only be piercing, but can also mean that your guitar gets lost when competing with the cymbals and vocals.

Equally, make sure that your bassist or keyboardist are also sculpting their sound to the overall benefit of the band. Achieving a good live mix is as much to do with all the instruments sounding good together as it is the sound engineer at the mixing desk.

If you play in a band with another guitar player, you need to focus on how your guitars interact sonically. If one of you plays rhythm and the other lead, this can be achieved by dialing back frequencies that you share.

For example, the lead guitarist’s upper mids and highs can be accentuated and the lower frequencies dialed back. Conversely, the rhythm guitarist can occupy the lower mid frequencies and dial back the presence and treble.

If you share guitar lead duties it can become a bit more difficult. An EQ pedal is a good way to get a perceived volume boost for leads and solos that cuts the mix while not drowning out each other. Here’s a rundown of my favorite EQ pedals to find one best suited to your needs.

There’s no worse feeling than your gear breaking on you right before, or in the middle of, a gig. Sooner or later it is bound to happen, which is why it’s so important that you plan for these scenarios.

I like to have a hard case full of spare batteries, power blocks, strings, patch cables and instrument cables within reach of the stage.

However, planning for things going wrong is as much about preventative measures as it is having spares. If your guitar is prone to string breakages, check to see if it is a problem with the saddle or angle of the tail block. 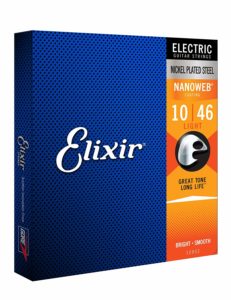 Never go on stage without an extra package of these ready.

If you are a very aggressive player who breaks strings due to your technique, use heavier gauge strings.

Regularly get your amp serviced and have the tubes replaced every year or so to ensure that all of your gear remains in good working order.

Make sure that the rest of the band take a similar approach to their instruments too, for example, the drummer regularly reskinning his snare and kick drum and making sure the kick pedal mechanisms are in good working order.

With these 6 ideas you’ll skip a lot of the teething problems many new bands face when they first start gigging. By learning how to practice and approach performance like a pro, you’ll soon find yourself playing like one too.

If anything, the spirit of this article is to look at the band holistically – as a unit. Each part of the band is as important as the next and each member should be expected to invest their time and energy into being as professional as you are.

Have a great time!

← The Book That Completely Changed My Music-Listening Experience
Create Unique, Chill Versions of Your Favorite Songs →