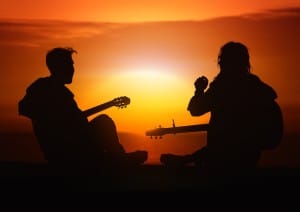 When the lead guitarist knows what he's doing – two guitars will always sound way better than one!

Today we will talk about playing and learning lead guitar improvisation (as opposed to rhythm guitar) and how to do it in a great way that will benefit the song in a refreshing way. In my opinion, two guitars are ALWAYS better than one as long as it's well done, and it's definitely more fun! This article was written for guitarists but will be just as relevant for any instrument you use for improvisation, from harmonica to a flute.

A lot of times you meet guitarists that when they're playing lead they will just constantly spurt out notes, never stop, and their improvisation seems like they are basically just playing scales up and down. It's a great place to start if you're a beginner, but for an advanced guitar player, this bores the listener, but also it just sounds like they're trying to take over the song, and the whole song suffers badly. We do not want to be that dude.

That's why we learn lead guitar, because we want to be the guitarist who adds beautiful riffs and licks just in the right places, and takes the whole song up a notch, even if it's done subtly. When it's your time to solo later – you will be the frontman, but until then, as a lead guitarist, you need to know how to do your best as a “sideman” for the song. Check out my list of top 10 lead guitar performances for examples of some beautifully done lead guitar by some of the world's greatest.

Start with the right scale

I'd suggest getting started with the minor pentatonic scale if you're into blues guitar, rock, country, or metal. Even jazz guitar players can use it.

This scale is the easiest to learn and the most versatile – it’s the first one that I learned. You will hear it all the time in guitar improvisation.

So why the pentatonic scale?

The secret is right in front of you. It's in the name!

With less notes, the pentatonic is easier to learn and frankly it just sounds cool.

When you first start playing the scale, practice moving up and down the fretboard vertically in one position. The beauty of this scale is you can play it without really needing to stretch your fingers or shift positions. Then once you’ve memorized it, you can start moving horizontally across the fretboard using the same pattern, moving up and down octaves.

Spice it up with advanced guitar techniques

Now using that same scale, start to mix it up. A lot of this depends on your playing style and finger strength – obviously a classical guitar player isn't going to be tapping. Here are a few ideas that you can incorporate from easiest to hardest:

See how much traction you can get out of learning one scale? I could play one all day just incorporating different styles and techniques.

A triad is a simple 3 note chord. For example we can play an A minor chord with all three notes at once – which are coincidentally ALSO notes in the pentatonic scale (see what I did there?). Now instead of playing them all together, play each note individually in order and you’ve got yourself an arpeggio.

Practice with a backing track

Find a backing track with a rhythm guitar or piano playing a simple I-IV-V progression or a 12 bar blues progression (our best guitar apps has some examples). That way you can practice by yourself without the variable of your band mates or the pressure of an audience. Make sure the chord progression that you choose pairs well with the scale that you memorized.

While you rip through the scale, pause and play some of the chords that the rhythm is hitting on (or even better add in additional complimentary chords).

Ear training is what starts to separate the boys from the men – the ability to listen to the rhythm guitar, recognize the chords, and match to the chord tone to the appropriate scale.

Repeat the process with new scales, tracks and chords.

There are 7 different modes of the major scale: Ionian, Dorian, Phrygian, Lydian, Mixolydian, Aeolian, Locrian. You don’t have to learn all of these in order to improvise, but find out which one your favorite guitarist uses. For example Slash typically plays Ionion while Joe Satriani loves the more difficult Locrian mode.

Learn the rules – and then break them!

Basic music theory teaches you which chords and scales go together. The cool thing about guitar improvisation is that rules are meant to be broken. Some notes aren't SUPPOSED to go together but they just sound good. And if you're always following the rules, that's boring. Honestly the whole point of improvisation is to make it up as you go. Scales and chords give you a “home base” that you can always return to if you get lost. So feel free to go off on a tangent and experiment. When you find a guitar lick that sounds good, write it down and come back to it later. I have a few that I keep in the back of my head for future use. 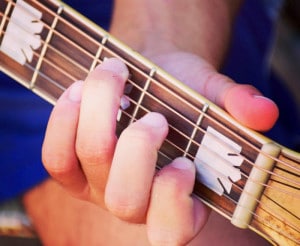 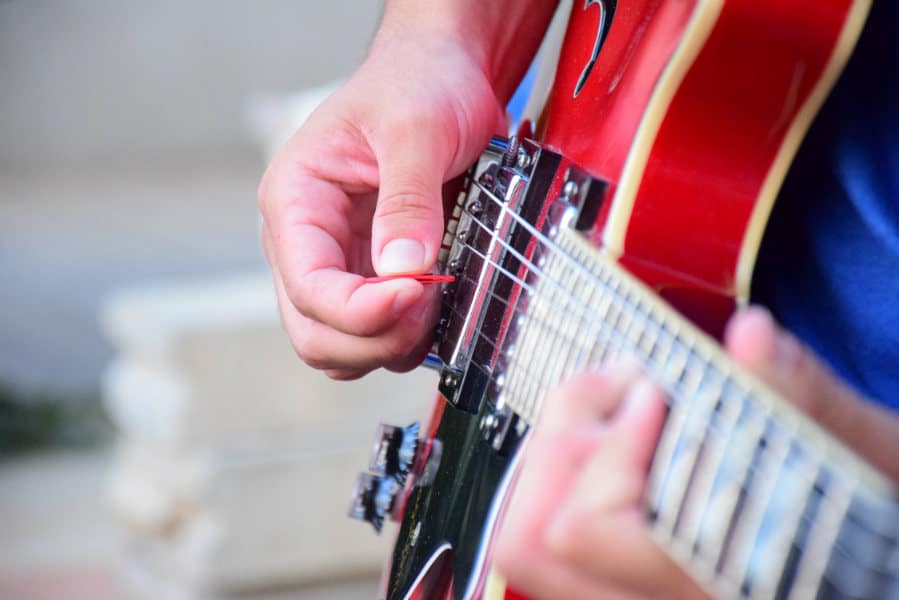 Make it speak! Bend it, hammer it, slide it. Speak the musical phrases using your fingers!

Let's let the Gallagher brothers show us exactly how a lead guitar should sound like, in the most beautiful 90's Brit-rock way: 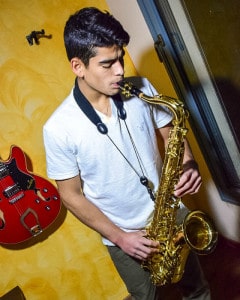 These same rules apply to ANY instrument that's improvising over a song. My brother has never read this post but he seems to follow these guidelines when we're playing together, and that's what makes it so fun to jam with him. 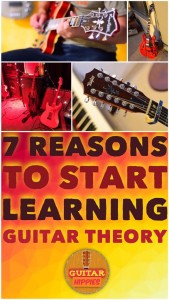 A solid knowledge in music theory is the foundation of good lead guitar skills. Read inside about how you can learn it.

* Originally posted in December 14.
One last thing – DAMN! I think Guthrie Govan (an English dude who's considered by many to be the #1 guitarist in the world) might have read my article! (-: Why? Because in the next video he's just perfectly putting to practice almost all of my points. Check it out for some ideas. And yes, he is NOT playing lead guitar to a song with vocals like the style I was talking about right here, but this is lead guitar over a jam track that is just about as good as it gets, so have fun. see the funky way that he makes the guitar SPEAK.
Guthrie Govan showing off all those principles in the following vid
It would be awesome link in the comments for YouTube vids of you playing lead guitar or of songs that you like that feature awesome lead guitar performances, thanks! 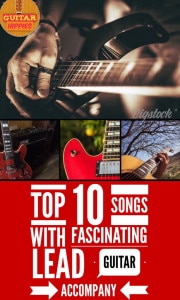 Learn from the best – check out these amazing showcases of lead guitar in this next article:

← 7 Ways to Become a Better Musician with the Help of… SMARTPHONE NOTES (?!)
Guitar Songs Masters Gift: 40% off on the top Guitar Theory Book →