You've probably also heard in the past that you “should” memorize the guitar fretboard if you want to make progress on the guitar.

But “should” isn't a good enough reason, and I think this advice doesn't really apply to everyone.

For example, if you're only into playing some campfire chords and strumming along with your favorite songs (which is great, and I was there for a long time in the beginning too)…

Then unless you really want to, you don't need to waste your time here, because honestly, memorizing the fretboard wouldn't give you any usable benefit. 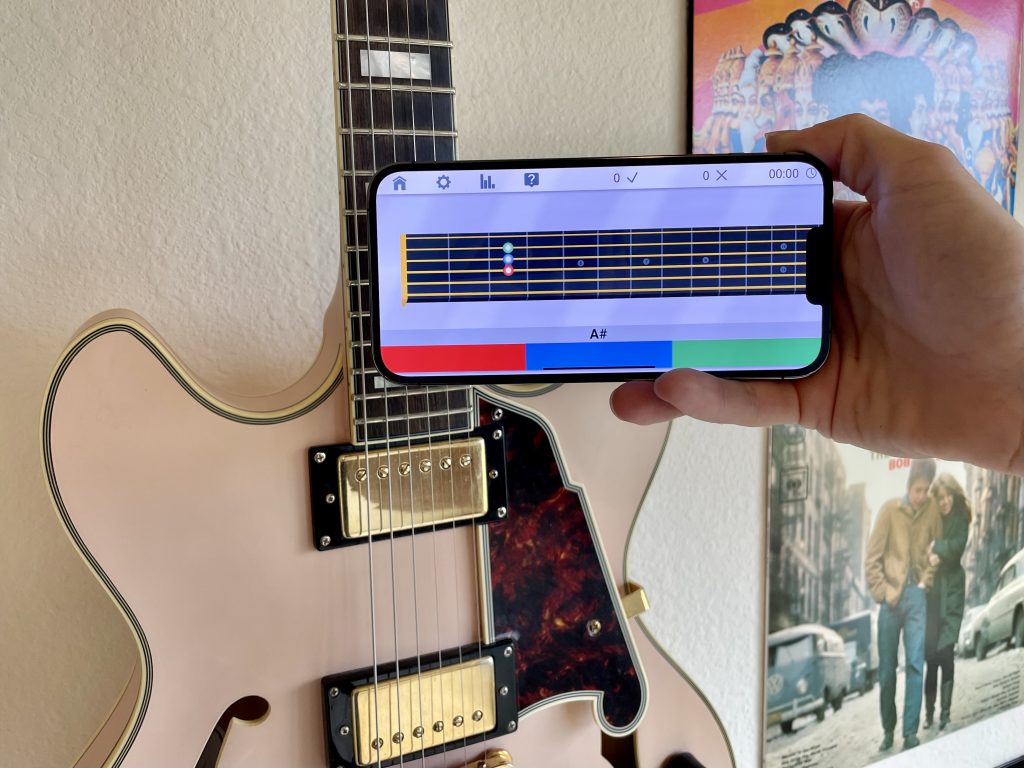 Let's finally get these notes memorized.

But if you indeed have intentions to get better on the guitar, so it might be a wise decision to memorize the fretboard. Here's some of what it will help you do:

7 Benefits of Memorizing the Guitar Fretboard

So if these reasons make sense to you, once the why is out of the way, let's talk about the how.

I know that personally, for years I was trying to do it and memorize the notes, but things never really clicked, and I was always struggling with many of the notes, especially with those that aren't natural (Eb, Bb, Ab, etc.) and especially with their locations up the neck, above frets 5-7.

This changed a few years back, in 2018, when I discovered an app called Fret Trainer which I'll tell you about in a moment.

But before that, I also want to give you an exercise, which is the first method. (And together, they complete each other) 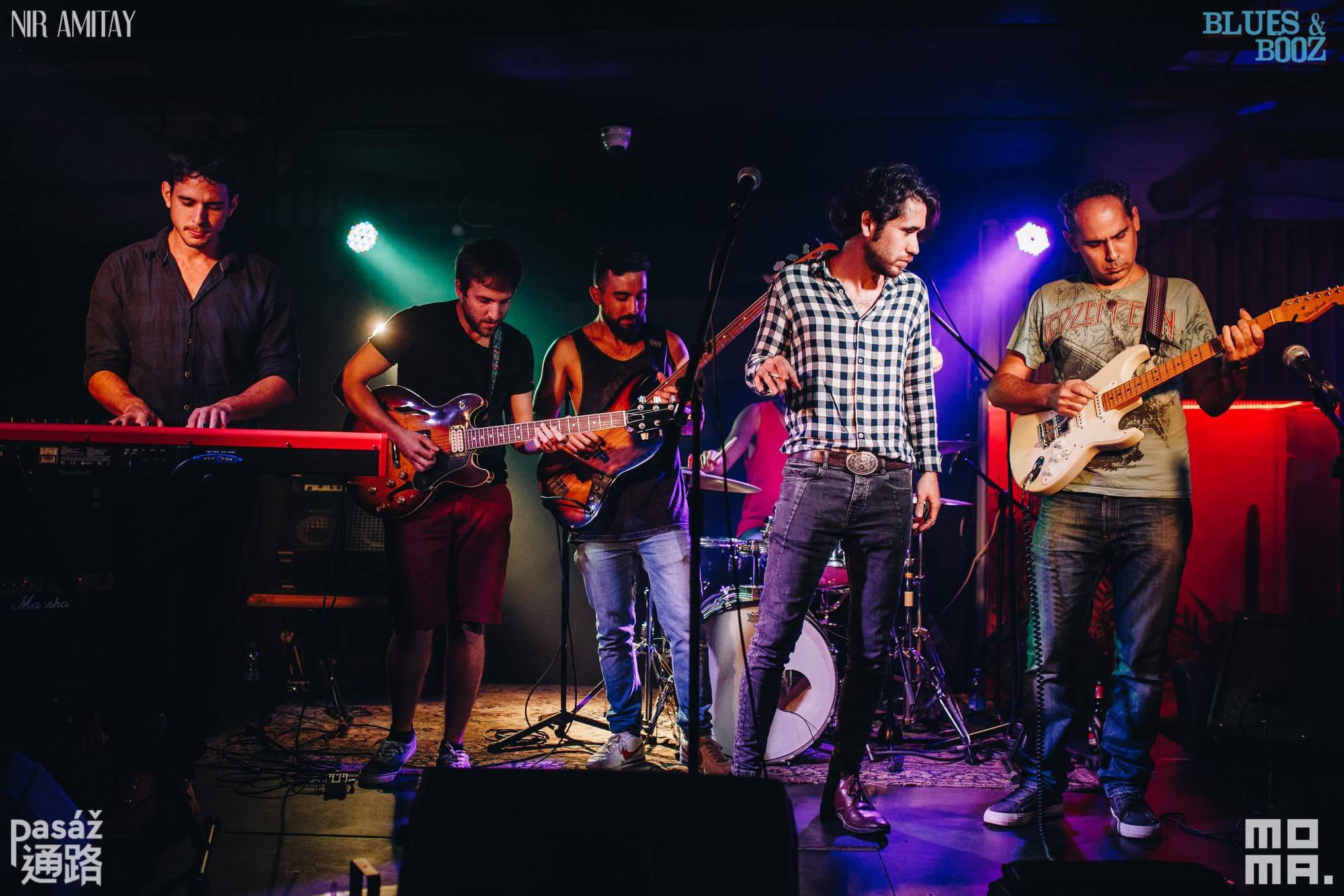 Playing in a band becomes much easier when you know the fretboard notes and can communicate freely with the other musicians.

Part 1 – The Exercise on the Guitar

I've tried many exercises over the years, and this was by far the one that I've found to be the most effective.

It's also pretty straightforward and doesn't take more than 5-7 minutes to do. If you do it a few times a week along with 2-5 minutes on the app on these days, within 30 days you'll likely know the fretboard completely by heart. And be able to recall every note extremely fast.

The way the exercise works is that starting from the 6th string, the low E string (the bass string), you loog for a certain note and play it once with your pick.

And you move along the circle of 5ths. So for example, you start by finding the C note on the 6th string, (it's on the 8th fret) then on the 5th string (on the 3rd fret), then on the 4th string, etc. Once you're done going all the way to the 1st string, come back up all the way, still on the C note.

Optional: If you want to really improve your note recall speed, now do it again, down and up the strings, still on the C note. 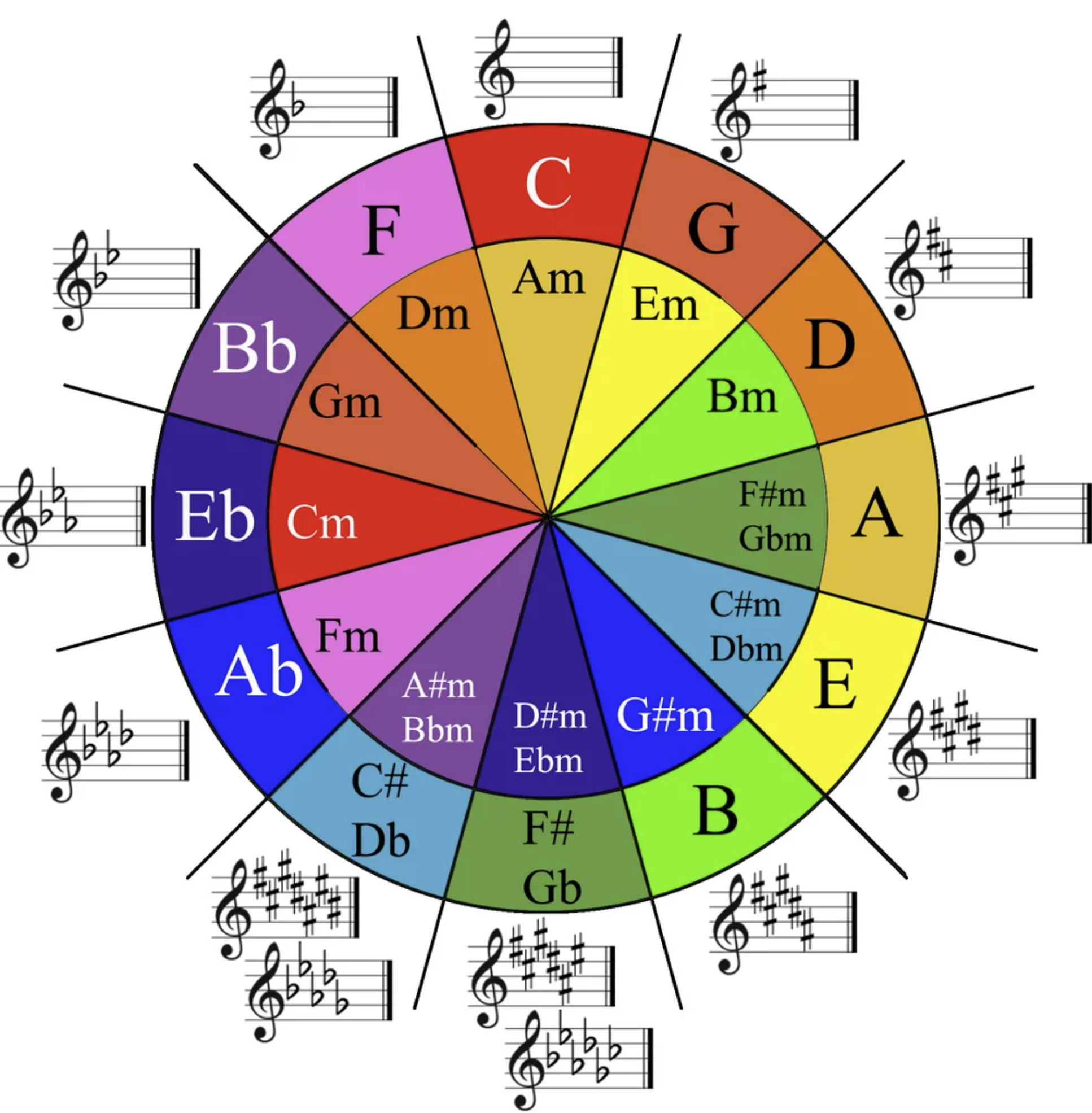 When you do this exercise, move along the circle of 5ths. Starting from the C, to the G, etc. (Or you can also flip it and do it counter-clockwise, or also start from any other note along the circle) This is much more helpful than just moving up a half-step every time, because then there's no thinking or musicality involved, and if you don't challenge yourself – you're also going to see less improvement.

Then with the D note, the A note, etc. (You can also do it from the other side of the circle of fifths, which goes from the C to the F, to Bb, to Eb, etc. This actually makes it the circle of 4ths…)

This exercise is very straightforward, and while it's going to be slow in the beginning, especially with some of the less common notes (such as F#), you'll see how it gets easier every day.

Anyway, here's where our multiplier comes in, which is the Fret Trainer app.

Some of the different games you can choose from. “Color Match” is the one I find most helpful, but switching between them is also a good idea.

After probably trying out all of the fretboard memorization apps on the app store, in 2018 I came across Fret Trainer by coincidence.

There were a few things about it that caught me more than all the other memorization apps I've tried.

1 – There's a variety of different games that let you approach the memorization task with more ease and variety. And I believe that this variety massively helps the brain remember the notes much better, because you approach the learning from “different angles” every time.

2 – The “gamification” makes you want to be competitive with yourself and gain good points. (Kinda reminds me of what Duolingo has done to language learning)

Basically, it counts your correct answers as points and saves them for you, so you can follow your progress and things feel very rewarding. (I would even say addicting)

3 – the user interface is simple, but very modern, colorful and pleasant, with smooth animations as well.

4 – It also has some more advanced features such as “find the interval” and “name the triad” – the latter was extremely useful to me in the period where I was learning to play triads all over the neck.

Click on the correct note mentioned below in the fastest time. (how long did it take you to think of the answer…?)

How to Use the App for Maximum Results

When I initially discovered it in 2018, I used it almost every day for around 30 days in combination with the exercise, and then I realized that I don't need it anymore because I made a huge breakthrough during that month, and since then I feel that I pretty much “have it” when it comes to the notes on the fretboard.

(in 2021, three years after my initial period with the app, I did a “refreshment period” of another 2 weeks of using it daily, because I felt that I needed it again)

As I've said, the physical exercise above (with the actual guitar) takes about 5-7 minutes a day, and if you play the app even for 2-3 minutes every day (which makes for around 30 correct answers – a good daily goal to aspire to) – that's all you need.

(You can even do it while you're using the toilet. 🙊)

You can even do just one of the two – the app or the exercise, but the results would be much lower I believe. Because even if you're very good on the app, you still have to “show” these notes to your brain physically.

Some of the advanced features such as learning triads (three-note chords) are also especially handy for learning how to create 2nd guitar parts that you can play up the neck while you are playing with another guitarist who plays regular open chords.

The only downside regarding Fret Trainer is that while you can freely download it and test it out using some of the features, the full version is not free. However, the price is pretty minuscule – 2.99$ a month, and again, I think that you're going to need 1-2 months of focused work with the app and then you're probably gonna be good, so it's only around 3$-6$ in total.

So that's it, I hope it was helpful! If you want to get the app, here are the links: