I want to share something with you today, that over the last three months really helped me skyrocket my improvement curve.

This is all about developing and sticking to the habit of picking up the guitar every single day.

This App Will Help You Develop the Most Important Guitar Habit

Why is playing every day so important?

I think it's really common sense that even if you play for four hours straight once a week, on the weekend for example, you are never going to improve as much as if you're playing for much shorter periods, even 15 or 20 minutes a day, but you do it every day, consistently! (or close to it)

Why? Because when you play every day your fingers “remember” exactly what to do and they stay “sharp”, you are still in touch with the last things that you were learning, and you're just “on a streak” of improvement.

How to actually develop the habit?

A few months ago, I decided to give a chance to one of those “habit-tracking” apps.

These apps are mostly very simple – they are based on calendars in which you can see which days you successfully followed your new habit on.

To my pleasant surprise – they work excellently and actually made me adopt everything that I tried to adopt with them, and not just for me but also for a couple of my friends who have tried them and managed to develop and sustain new habits thanks to them.

The app basically keeps you accountable for doing the new habit (in this case – playing guitar every day) and reminds you to do so at the end of every day – in case you haven't done that yet.

After 2-3 weeks, you will notice that you will just start doing that automatically. This makes sense, because studies have shown similar finding as well.

The beautiful thing is that even sessions that you planned to only do for 5 minutes will turn to 15-20 minutes sessions, etc. (Because guitar is fun, so you'll just find that you sometime will keep going)

So the bottom line is that at the end of the month (every month!) you will simply see that you have been playing the guitar for an overall of a lot more time and a lot more times than what you were used to…

… Which means that your improvement curve is going to be strong and consistent like it's never been before!

The most critical point of EVERYTHING here

The most important thing to remember here is to take it easy and be kind to yourself. Even if you only have 5 minutes today to pick up the guitar – consider that as a day that you can mark in your calendar.

That's how you start to develop the habit.

And who doesn't have 5 minutes every day?

So that means that everybody can start enjoying this new habit of playing the guitar and improving in incredibly faster rates. But most importantly – just getting used to making that time in your day and having a lot more fun even during the daily loop of life and work. 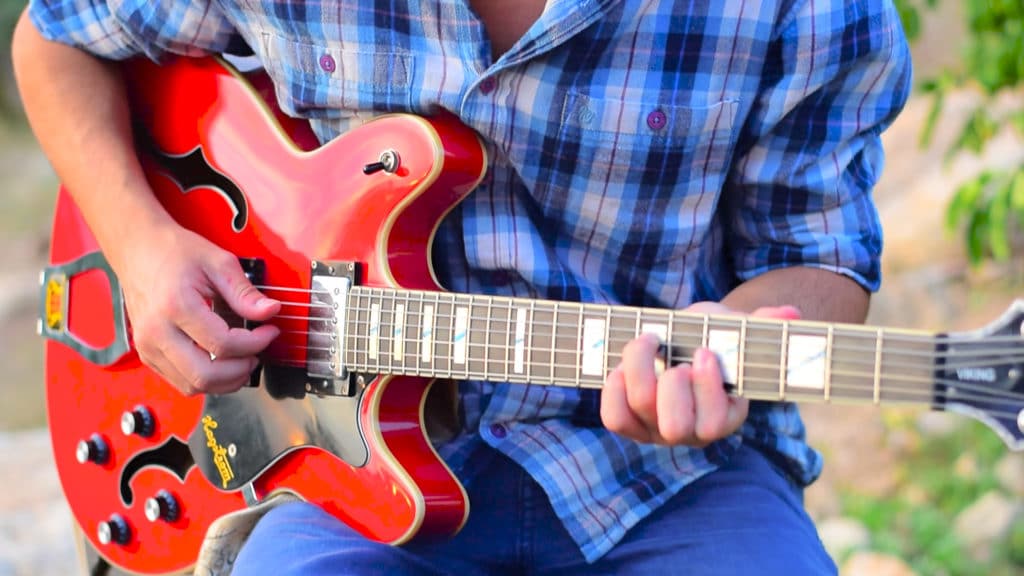 Remember that being kind to yourself is the most important thing in developing the new habit. Yes, that means that even 5 minutes are considered a big success!

Two free apps that have worked for me here are “TickTick” and “HabitBull”.

TickTick on the App Store

HabitBull on Google Play (It's called “Habit Tracker” over there, but it's the same app)

Enjoy your new habit and improvement!