It can be all too frustrating to put on a backing tracking only to find out while jamming that you sound exactly the same as you did yesterday. If you want to know how to play lead guitar but you are struggling on changing up your sound then there are a few things that you can implement immediately.

The most common frustration for a lot of guitar players is the fact that they all sound like blues guitar players – all their licks sound straight out of the blues, and whenever they try something else it can sound out of key.

Here are the top reasons as to why your solos sound the same and for learning how to play lead guitar better than you ever did: 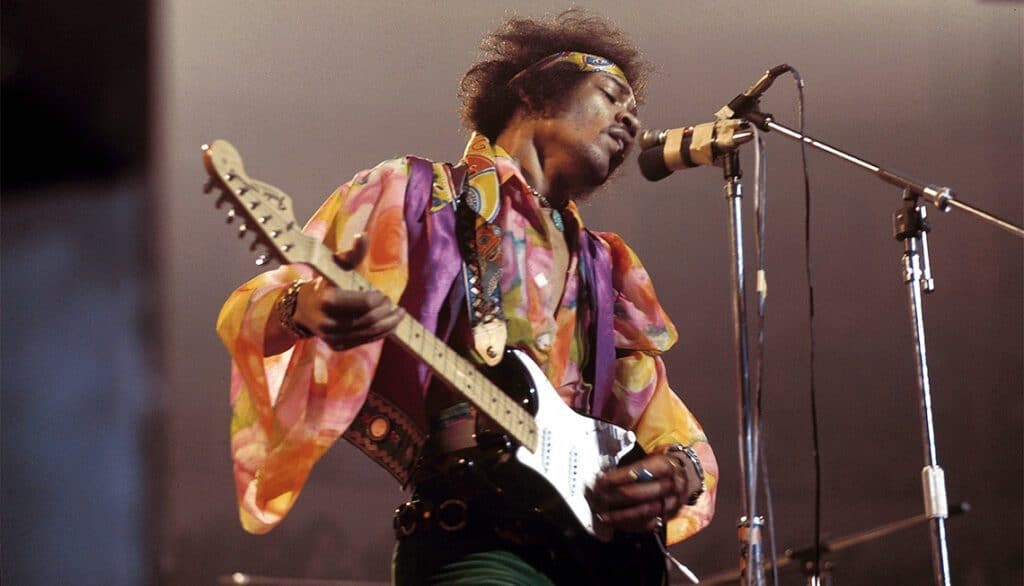 Hendrix is an awesome starting point for great licks to begin refreshing your sound with. For example, start by learning “Little Wing” or “The Wind Cries Mary” – as they are slow-tempo tracks which are LOADED with many riffs that you can quickly adopt to your own style.

If you were to go back and remember when you were first learning the guitar, one of the first things that you would have been taught was probably the ‘A’ minor pentatonic scale along with some blues licks.

Since the pentatonic scale became your foundation for creating solos, that is what you most likely stuck with over time. When learning how to play lead guitar, the pentatonic is a great place to start as it’s a simple box shape and it can quickly get you to start soloing.

However, it’s important to not get stuck inside it as you will end up in the same place as most other guitarists – wondering ‘how do I get out of the pentatonic box?’ and ‘why do all my solos sound the same?’.

One way to solve this problem is to simply start listening to new guitar players that are easily distinguishable from other guitarists, learn their licks and try to incorporate them into your own playing.

You can use an app like “Transcribe” or simply the YouTube slow playback settings in order to slow down the sound so you can figure out the licks with more ease.

Then – load up a backing track on YouTube and start jamming along with those new licks, and keep messing around with it until you find the sounds and licks that you like. One thing to keep in mind though is that there are many licks that you can create and learn, but to expand your sound, you can create your own different versions of those licks to keep things from sounding repetitive.

This is a post by guest Author – Darko Veselinovic: Down from Australia, Darko is a guitar lover, a heavy metal enthusiast and has been playing guitar for 7 years. He runs the website TheMusicGig.com – which features unique guitar accessories selections.

Don't be shy to stray away from the scale – you might end up with very interesting sounds. (That's what the “blue notes” in the blues are all about, for example)

Everyone tries to avoid hitting the so-called ‘wrong’ note when it comes to learning lead guitar. These notes are often a big missed opportunity that could be used to create phrases that you would have never thought of.

Of course, you don’t want to be staying on one note that is out of key for an extended period of time because people will look at you like you don’t know what you are doing and it will sound “off”.

But for example, you can start by creating small bursts of notes that are out of key – and then shift back to a note that sounds right. An easy way to do this is to start in a key like ‘A’ minor and instead of playing the usual 7th fret of the ‘G’ string, bend the 6th fret.

You will notice when you hit it without any bending it will sound off, but bend it up slightly and it will bend to a ‘D’ note – which is note that you'll find on the 7th fret. Combine notes that are out of key with notes that are in key and you will instantly discover a new sound.

Another way is to indeed just use a note that isn't part of the scale, but use it quickly as a “passing note”. This can often result in a “spicy but interesting” note.

3 – Sing What You Want to play 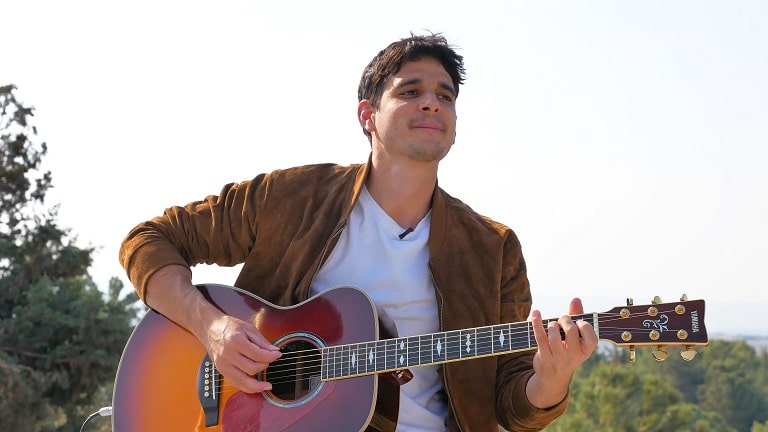 Go ahead and SING what you're hearing in your mind!

This is rarely spoken about but it’s an extremely effective exercise that you can implement, and will not only refresh your sound, but also massively improve your ears too.

Perhaps you are hearing something in awesome in your head but struggle to translate it onto the fretboard?

This is a common issue, and one of the most effective ways to counter is by singing melodies with your voice. You don’t have to be an amazing singer, even a simple humming sound will do the trick – but create something that you would actually want to hear as a lick – and then try to translate it onto the fretboard.

If you are still struggling, you can record yourself so you don’t forget the notes that you just created when singing. After this, listen to the recording and try playing it on your guitar. Keep repeating this process until you get it down perfectly – it will become easier the more you do that.

Keep in mind that it might not sound 100% accurate in the beginning, but the more you practice this exact skill, the more accurate you will become, and the quicker you'll be able tomake these “translations”.

Try to get out of the same old boxes and riffs that you keep coming back to.

Chances are that when you try to play lead guitar you phrase your riffs in a certain way where you end up mostly repeating what you already know and played many times before. One common way that guitarists improvise is by playing in a box shape that is 3 notes apart and moving around the fretboard like that.

When playing like this, the result will almost always be a “box shape sounding lick”, if that’s what you want to call it. Try to refresh this by changing the order in which you play notes, and try to ascend or descend to different strings. Even learning new box shapes that you haven't been very good at previously is a good idea, since most people keep sticking to their 2-3 favorite boxes most of the time.

Some bonus advice that can add interest to your style is to try guitar accessories such as different guitar picks to look for new sounds that you might like. Some people prefer playing without a pick, and some like to use thick picks for fast playing, but it’s nevera bad idea to try a few gauges / shapes and see what suits your wants.

I have also found that my preference for different picks is changing over time, and every few months I have a new “favorite pick”.

Hope you got some cool new ideas on how to refresh your sound!

Till the next time – enjoy!

← Roland SPD1-Kick Stompbox Review: Add RHYTHM to Your Songs
The 14 Best Guitar Apps That You Will Actually USE In 2022 →