Hey friends. This summer, I decided that I am going to “put myself out there” and perform in small venues and do street performances wherever I could – to get some experience points. 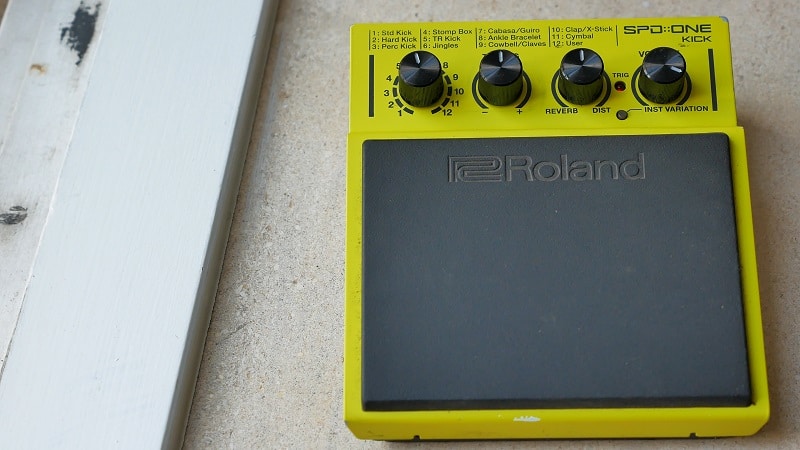 I looked for a way to make my performance more interesting (as a solo act) – and besides a looper – which is “the obvious” choice here, I also found out about these “stomp boxes” – that can add rhythm and drive to your songs.

After a lot of research and trying out different models in guitar stores, I bought this one from Roland, the SPD1 Kick (also called “SPD-ONE Kick” – because it seemed the most versatile – and I’m very happy with it. In this video and text review, I am going to share with you why.

A Couple of Points to Remember About the SPD-One Kick 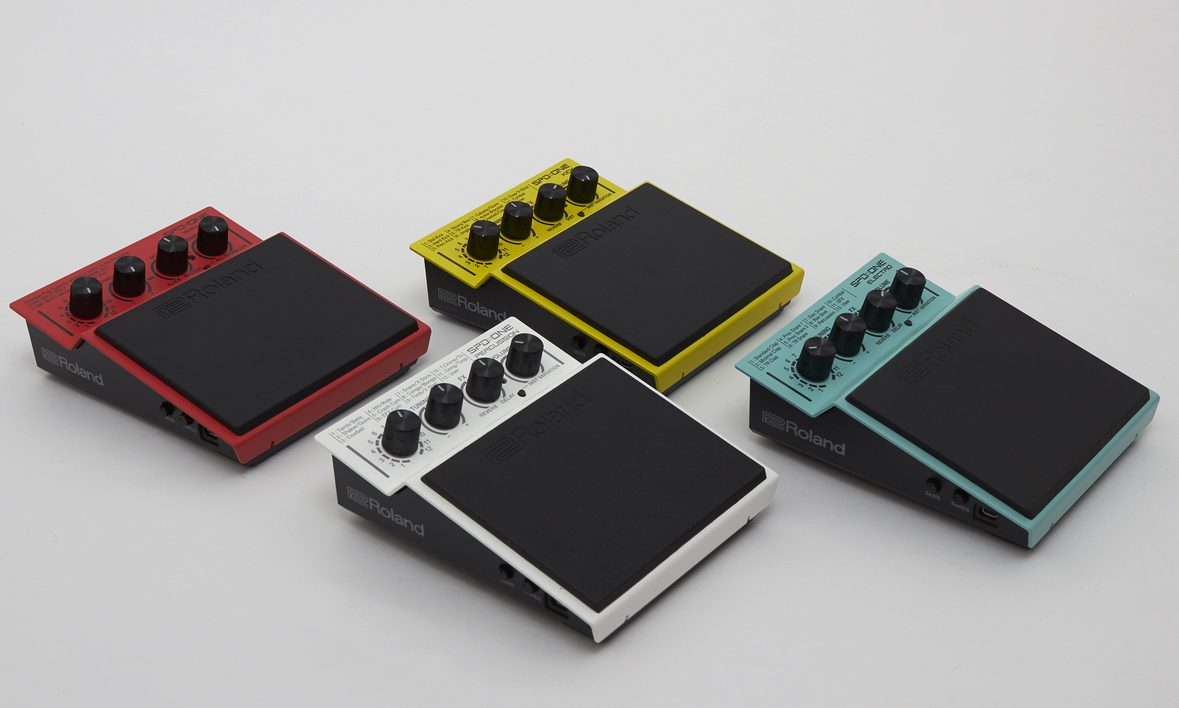 The other pedals in the series. They offer different sets of sound (one of them for example offer the sound of electric beats) – so check them out, there might be ones that might fit your style better than the green one. (The “Kick” version)

What I LIKED About the SPD-One Kick:

✅ It WILL enhance your song performances. Besides my own feelings about how I sounded much better and more interesting, I noticed that whenever I played with it – people are a lot more attentive, and even moving their body along with the rhythm.

✅ The sounds are very high quality samples – and you have 24 of them. While I only really liked about 3-4 – and that's the only ones I really use (see the video for a demonstration of them at about 1:45s in) – it's always good to have a large amount of options to choose from.

✅ It works on 4 AA batteries, which means that it's completely portable and you can use it wherever you want to use it. This makes it ideal for buskers. (Street performers)

✅ It's relatively small, and it easily fits inside the pocket of my guitar case. (Along with a lot of other stuff that's in there)

✅ The price – about 180$ – is affordable compared to the other options in the market. (a lot of them are more expensive while giving you far less options) 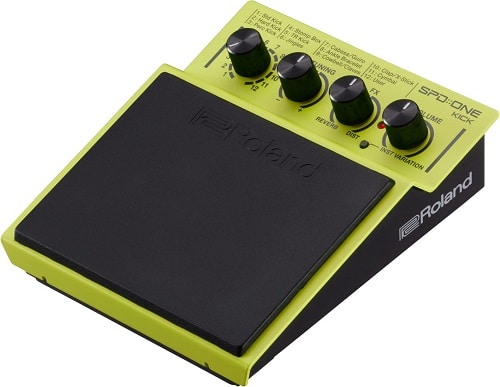 Purchase the SPD Kick on Amazon:

What I Did Not Like About the SPD-One Kick:

😕 It SLIDES on many surfaces – which can be very annoying. I think Roland could have done a much better job by adding some good anti-slide bottom to it. Instead – you find yourself having to think of your own DIY solutions – like putting it against a mic stand when you have one around.

😕 It's not easy to grasp the skill of tapping your feet along and in time – I met another guy who had the same model but gave up on it. So take it into account that it's gonna take some practice to get used to it.

😕 The green paint job can wear off pretty easily – so if it's important to you that it won't – handle it attentively and try not to put it next to things that might scratch it.

😕 It does not come with a power adapter, so unless you buy one (which is probably just a few dollars when you get it off of Amazon) – you have to rely only on batteries.

That's it. The bottom line in general is that I really love it despite the drawbacks – so if you're in the market for a stomp box – I think that it is indeed a revolutionary option that you HAVE to check out.

← An app that lets you “sit in” with your favorite band by muting the original guitar track
How to Play Better Lead Guitar: Why Your Solos Sound the Same and How to Get a Fresh Sound →