I know many of the readers here also like writing songs, so this one is for you.

For years I was looking for a songwriting software / app that would let me do a couple of simple things that I knew could make my life easier:

There were a couple of apps that came close in the past, which I have recommended before, but all of them were pretty basic and also lacked the most important feature – which is the sync between the phone and the computer.

Luckily, it all changed in late 2020 when I found Songcraft on a random internet surf session.

Here's a little demo of how it looks like on the computer.

Personally, I don't use a lot of the features (such as the tabs for example) so usually when I write, things look more simple: 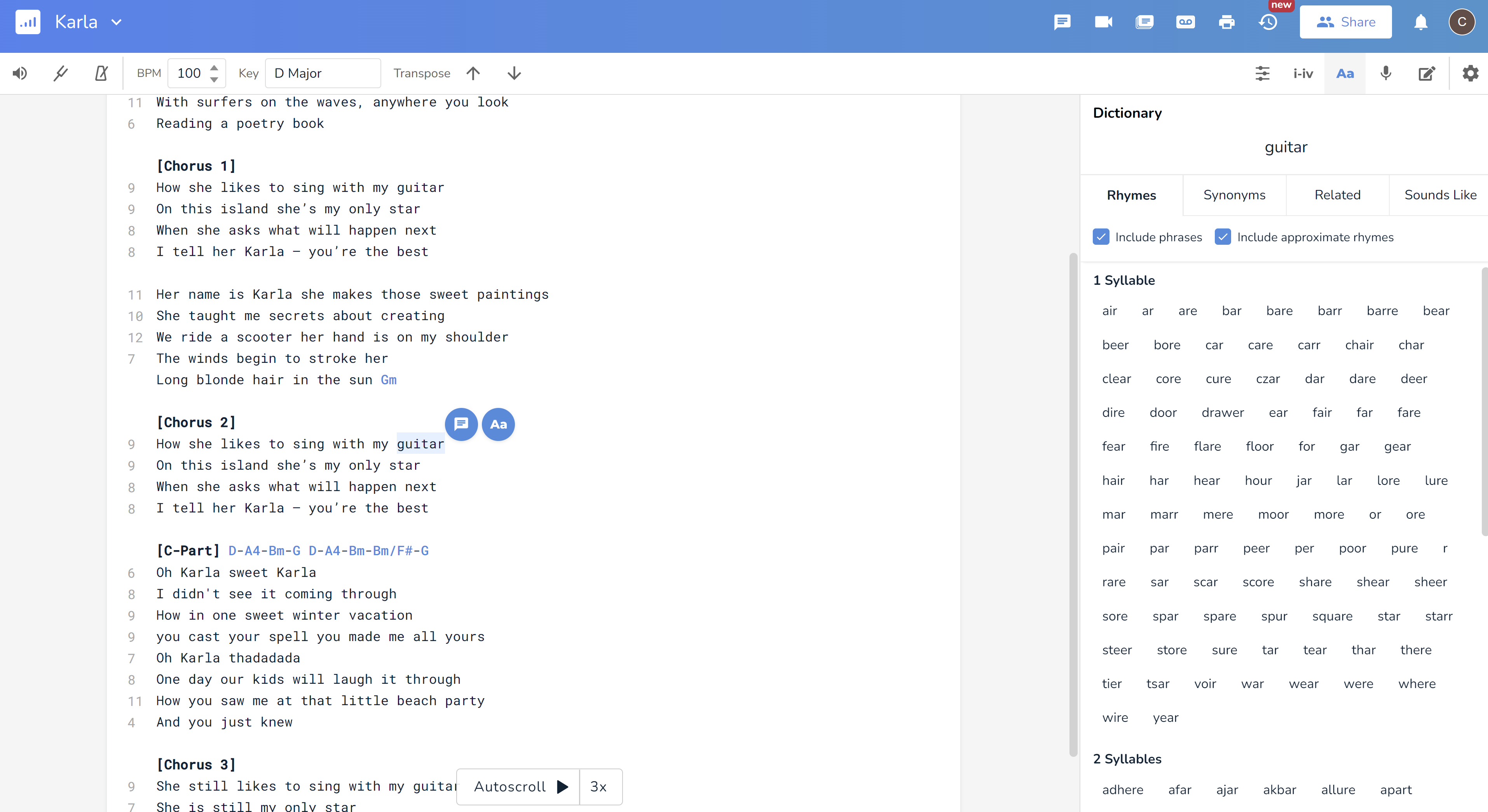 My experience with the app

So basically, for the last 18 months, Songcraft has been the only songwriting app I needed and used, and I came back to it almost daily. It's very convenient to work across several songs at a time, and you can get down to work easily every time.

There are several key benefits here that literally made my entire songwriting process much more fluent since I started using it. Some examples are below. 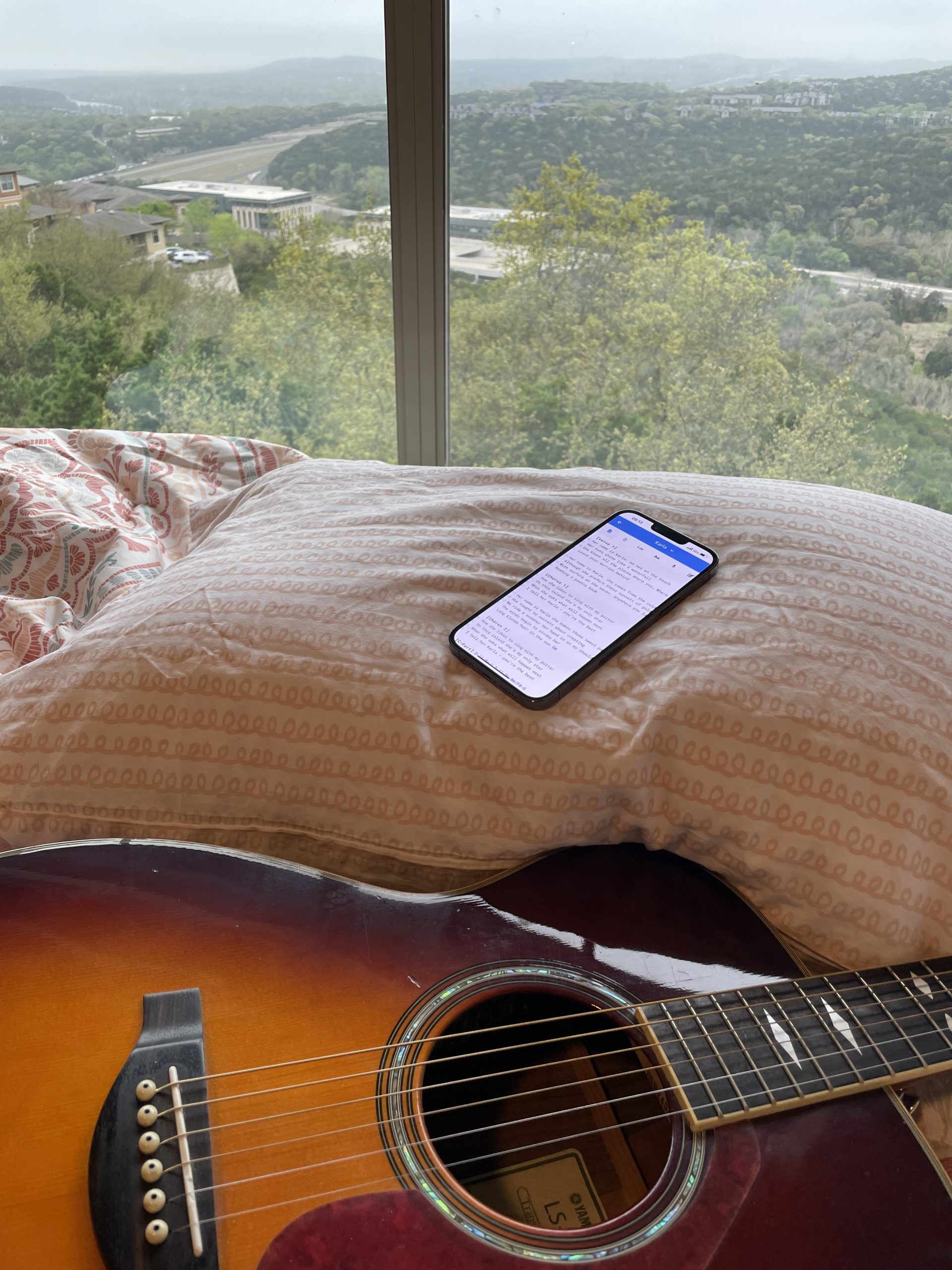 Another morning songwriting session with Songcraft. Sometimes I use it on my laptop, and sometimes on my phone.

The benefits I find the most useful: 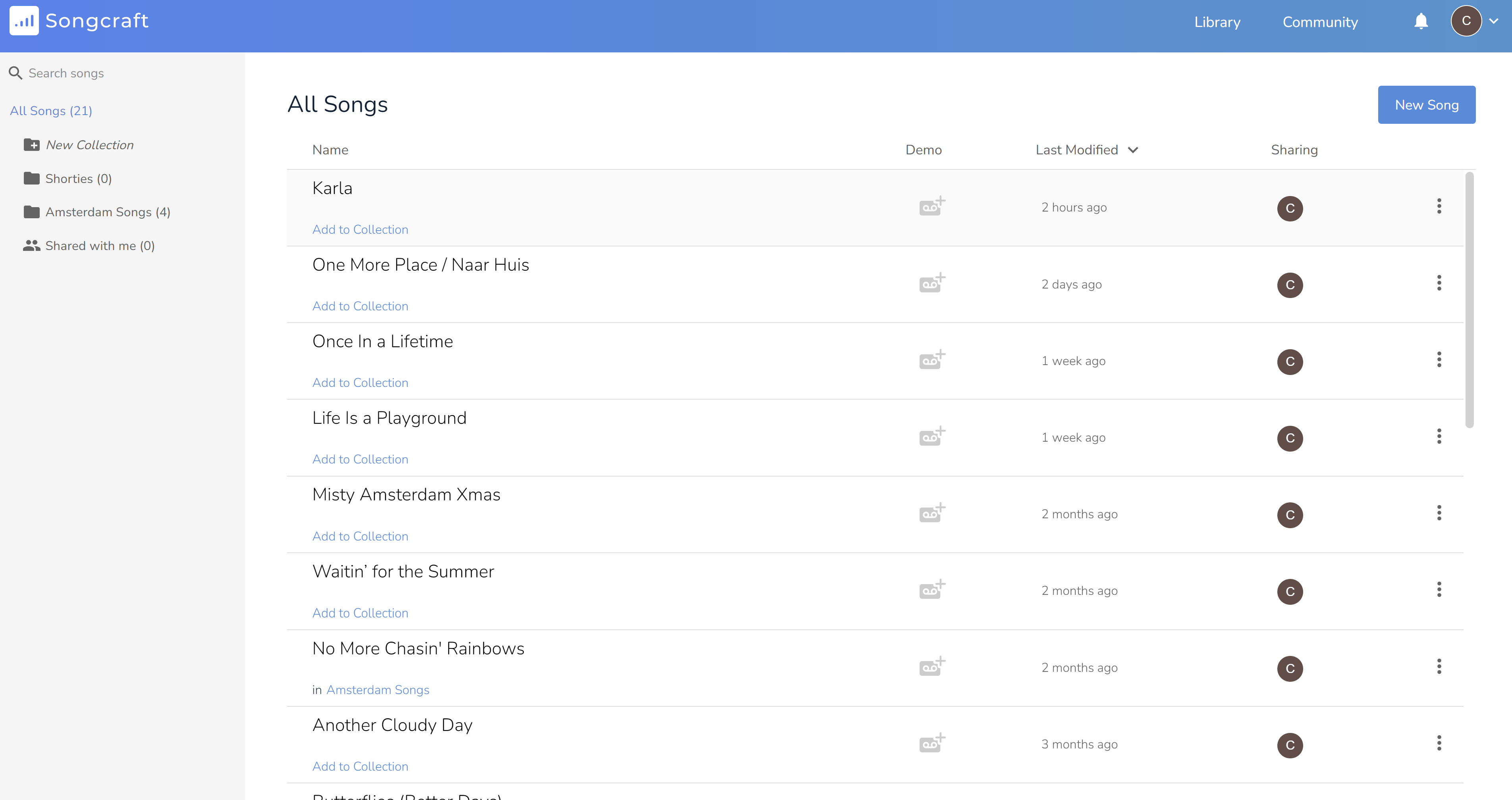 The main screen that welcomes you every time, where you can see all of your songs in one place and choose what to work on today. 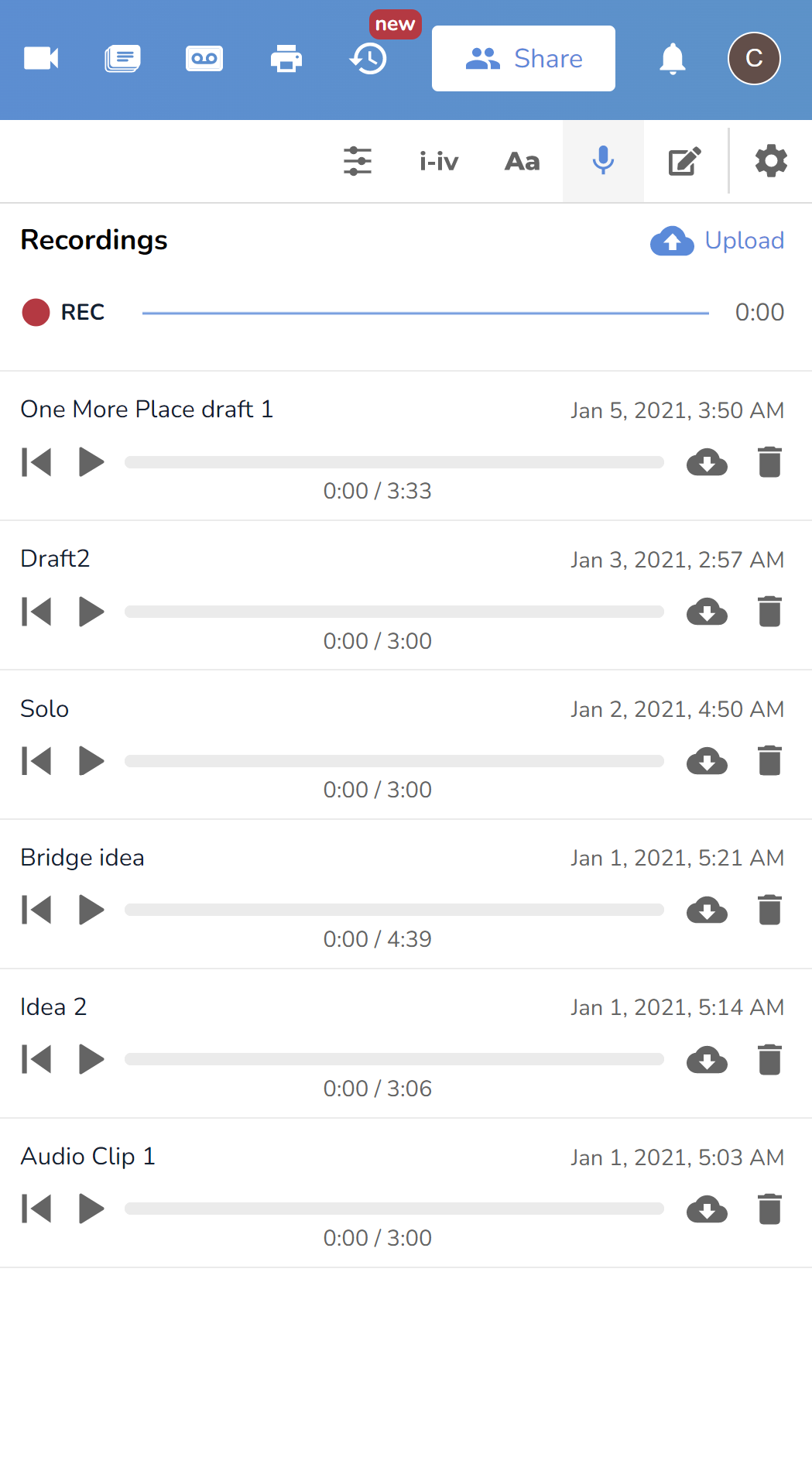 Every song has the voice recordings tab, so you can store all of your audio drafts and ideas at the same place. (instead of having them all over the place in the general voice memos app of your phone)

Disadvantages & things I'd be happy to see being improved

Songcraft isn't a native app yet o the app store, but there's still an easy workaround to make it appear and behave like an app. Here's how to do it on iPhone/Android/PC/Mac

You can use Songcraft as a free-forever as long as you have up to five songs in the app. If you want to have more, you need to opt in to their paid plan which is 5$/8$ a month (charged annually/monthly).

At almost 100$/year it's not the cheapest, but as someone who uses this app almost every day and am very happy with it – to me it's a no brainer. I've tested pretty much all the other songwriting apps and none of them came close to how much I enjoy using this one.

If you are just writing every once in a while, maybe you can just keep on working with your phone's notes app and voice recording app. However, I think that getting more organized and having those helpful features in hand is a huge step towards writing better songs and being more consistent about your songwriting, whether you have high aspirations with it, or whether you're doing it just a hobby.

So the bottom line is that I highly recommend at least giving it a try, especially since the basic version is free.

You can learn more about Songcraft on their website.

I hope that helps, and let me know below if you have any questions. Enjoy.