They shined a light in our life for exactly 4 minutes… And then they were GONE forever. The 19 Top One Hit Wonders In Rock History are our subject matter today, and one hit wonders were always a fun thing to listen to!

I picked a list that stretches on over 30 years, and tried to keep it down to rock music. Most of the one hit wonders are very poppy, but there's definitely also a huge share of 'em in rock history, and especially in the 90's which seemed to be a very popular time to come out with a huge worldwide hit and fade away a few months later…

Enjoy the list! I also added Wikipedia links when you click the song's names to get some fun facts if you're interested, and for the musicians among us, I have also added a link for the chord sheets of every song – some of them are a huge fun to play and can cause a lot of smiles to pop up on your friend faces when you pull it out on your guitar…

The 19 Top ONE Hit Wonders In Rock History

Probably one of the most popular songs I hear in bars, and it's been more than 40 years. The band formed in Scotland, recorded this one hit in London, and broke up shortly after. “Pleeeeeeease, pleeeeease…”

Chord Sheets ♦ Very fun and easy to play on the guitar, and even more so on the bass…

Stuck In The Middle With You - Stealers Wheel

For some reason, I always used to think that this song was by U2… Nevertheless, still a fun song with some kicking lyrics to get you motivated!

New Radicals - You Get What You Give

Such a joyful song, give it a listen if you do not know it, a smooth 90's girls vibe.

Chord Sheets ♦ It's a smooth 3 chords progression that has a challenging groove that you need to slide around. It definitely sounds best on an electric.

Edie Brickell & New Bohemians - What I Am

Spirit In The Sky Norman Greenbaum

This catchy but somewhat weird tune won a Grammy for the Canadian group Crash Test Dummies even though it starred on a lot of “worst songs” lists, and even reached the 15th spot on The Rolling Stone's list of “the most annoying songs ever”. I really don't think it's that bad…

Lit - My Own Worst Enemy

Actually very similar to #14, both of them are good and had a similar impact. Flagpole Sitta also has some amusing lyrics to go along with it.

Released in West Germany in 1983 and took the world by a storm, reaching the #1 spot in the charts of 13 different countries! I remember that as a kid I was playing Tony Hawk's skateboarding video game and the first time I was exposed to this song was on this jumpy punk rock version by Goldfinger that was featured in the game. Definitely a classic.
Chord Sheets ♦ Give 'em a look, they're in German (-:
Nena ‎- 99 Luftballons

Excellent swirly-feeling acoustic guitars, hippie lyrics 70'sy lyrics, crazy electric guitar solo… It is GOOD! Too bad we haven't seen a lot more from Ten Years After.
Chord Sheets ♦ The acoustic part is unique and with a lot of interesting bass walk-ups and walk-downs. Challenging to master but very rewarding and will give you some good tools
that you can use on other songs in the future.
Ten Years After - I'D Love To Change The World artist series

A classic among teenagers, and even though the lyrics are not very self-lifting, (to say the least…) this song hits the spot.

Gotta love this riff!
Chord Sheets
Edwyn Collins 'A Girl Like You' directed by Gavin Evans

More than 15 years later and it's still a closing time regular in so many bars and restaurants. Essentially a very polite way of saying GTFO to your customers…

Chord Sheets ♦ Not much to it other than following the regular 4 chord pattern for a hit. Nonetheless, still nice to play around with and almost made it to the Top 13 Campfire Guitar Songs.

A challenging song to swallow for the mostly PC world of popular music, but this one won a Grammy award for best song of the year. I think it's fantastic, and musically also shows a great deal of keeping the listener interested, with very fun bridges, solo and even a more explicit C-part…

Chord Sheets ♦ Very fun to play, but for some reason girls usually seem reluctant to sing it to my guitar… (-:

The story says he got the idea for this song when a friend of his girlfriend walked into his dorm room after they had sex, and said that “it smells like sex and candy in here”. They indeed had some candy after having sex. And that's how a great song was born…

Chord Sheets ♦ Try to actually nail that funky riff at the beginning of the chorus! The tabs are inside.

Honestly one of the most beautiful soft rock ballads I ever heard. Sad lyrics and sung very gently. This live version featured below is the best I have seen of this song and has a great piano performance and a full strings section which makes alone Again song even more moving.
Chord Sheets ♦ It's on a weird key, but give it a try. If it's too hard, transpose it to a natural key (without # or b) with the Transpose button on Ultimate Guitar.
Gilbert O'Sullivan - Alone Again (original version)

Still one of the top classics of the 90's by any meaning, by The Verve – A British alternative rock band that had Richard Ashcroft as a lead. Later he came out with a few hits by himself that had a similar sound and a lot of strings.

Ska-rock never got any better than this, you just want to keep dancing and screaming along to these awesome lyrics. Too bad they didn't carry on with this success – a friend told me they had just played in his frat house party not long ago… Not something you'd expect from a band that showed they can create such a huge international hit. By the way, they also have a very fun cover for “Take On Me” by the Norwegian group A-Ha.

Chord Sheets ♦ The song is extremely fast so it's quite a challenge. Hold on tightly to the fretboard and start rockin'!
Reel Big Fish - Sell Out

“Ultra pleasing to the ear” would be a freestyle term I'd use to describe this piece in 4 words. Also starred in the “Top 10 Enriching Harmonica Solos In Rock History” list, Check it out to listen to some other rock harmonica classics. I wish they kept on creating such huge hits since you can clearly hear there's a lot of talent here.
Chord Sheets ♦ Musically it's pretty simple. If you try to sing and it's too high, drop it down a whole tone into a G.
Blues Traveler - Hook
That's it, I hope you enjoyed this top one hit wonders list on Guitar Songs Masters and thank you for reading!
Please let us know in the comments what's YOUR favorite one-hit wonder of all time? (from the list above – or not, up to ya) 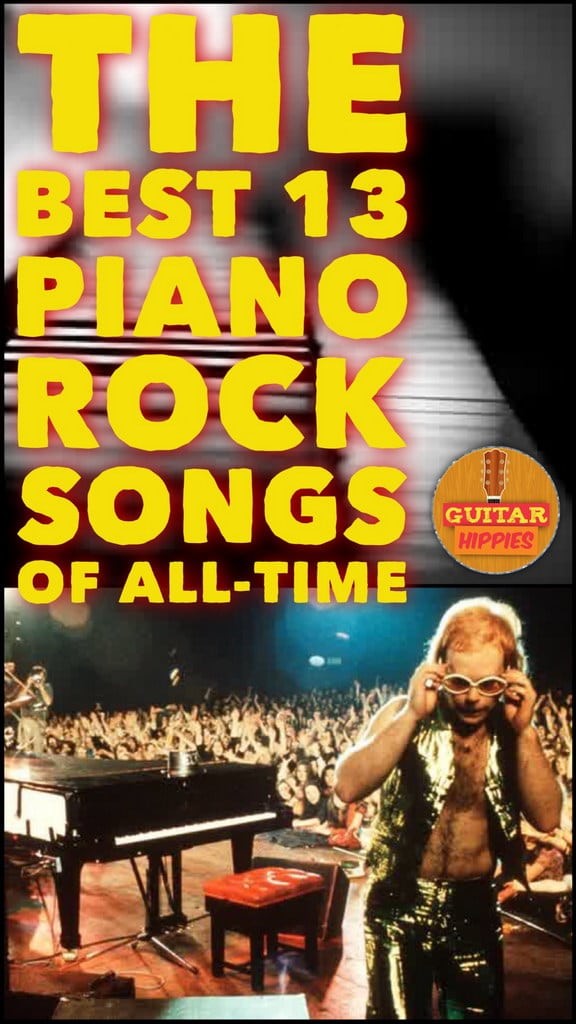 The Best 13 Piano Rock Songs of All Time – stay with us for more great music.

← Santana’s Secret of Playing Guitar in the Darkness – Learn More Inside
The Ultimate Daily EARS Workout – Step Up Your Music Game with ONLY 10 Minutes a Day! →