I wanted to bring to your attention today a great app that can completely change the way you practice.

Transcribe+ (App Store) lets you isolate the instrument tracks from your favorite songs – so you can for example “sit in” with your favorite bands while the guitar is “eliminated”, and you are the one playing it instead.

More precisely – what it lets you do is separate the audio into 4 tracks – drums, bass, vocals, and instrumental (guitar, piano, etc.), and then control the volumes and play/mute only the instruments that you want to jam with. 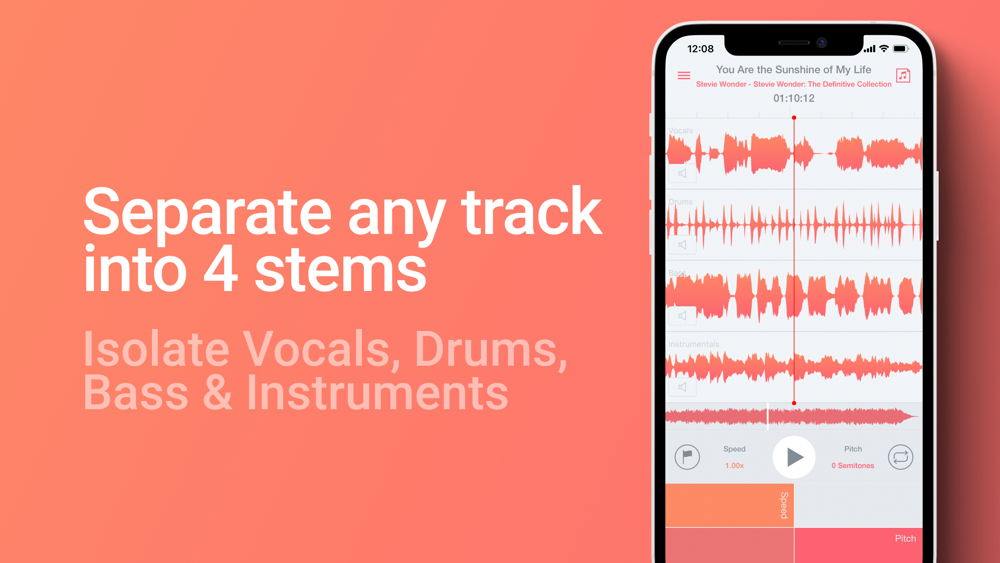 Here's for example how it sounds like if you isolate just the legendary drums of Don't Look Back in Anger by Oasis: (pick up your guitar and see how fun it is to jam along with the chords)

Potential uses of this feature:

This has many uses for many different musicians since you can “mute” any member of the band that you want to “replace” – and then join the band yourself.

I used this feature when I was making this video, (“Learn Oasis' 6 Best Acoustic Songs In 9 Minutes“) and it allowed me to “play the guitar” on all of those Oasis songs instead of the acoustic guitar that was already there.

So even if you thought, like me, that playing with a good drum beats app is a great way to practice (and it often is) – there's nothing better than playing with the real drummers of your favorite songs. 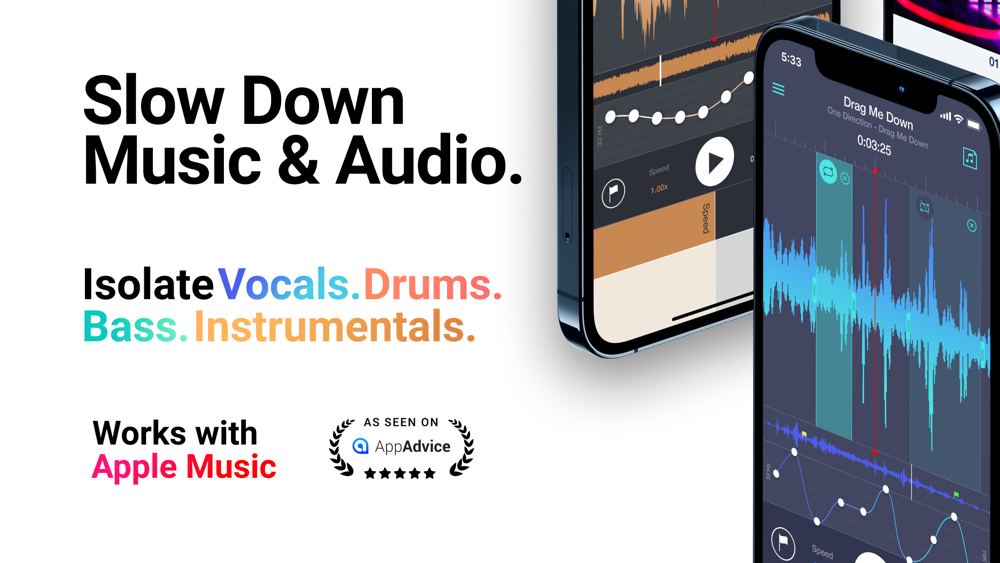 Besides the track-isolation feature, Transcribe+ is originally an app to slow down challenging music parts – which is something it does great as well.

The advantages of Transcribe+

The disadvantages of the app

You can download the app and use the slowing down feature for free (up to one minute), but if you also want to get the tracks isolation feature you would need to get the paid version, which costs 15$. However, it has no rival on the market and it performs this incredibly complex task of track isolation with a very intutive interface, so if you think you might enjoy practicing like that (and you're an Apple Music user) – I think it's 100% worth it.

The bottom line – if you want a way to seriously refresh your practice routine and actually start learning to feel how it is to play with a band – give it a try. Not every day you get to feel like you're playing with a drummer, bassist and vocalist that are as good as the professional musicians who play in your favorite bands.

I hope that's helpful to you, and I'd love to hear your thoughts.

← Keith Richards – The Best Rock Autobiography? | Book of the Month
Streaming Royalties, Pros & Cons – Where Do You Want to Place Your Music as an Artist →