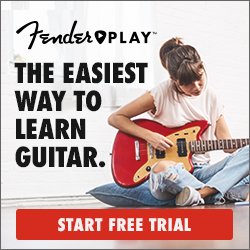 I had a few years long romance with you.

In 2013 I first came there on my own, to explore this country for a summer. It was all new, and I rode on the waves of discovery – as narrated to me through “America” by Simon and Garfunkel. “I’ve gone to look for Ameeeeerica…”

Soon after, I discovered and kept going on the waves of this gem – “Wagon Wheel”, that I first heard all over the bars of Pittsburgh when I was out with friends. (the O.C.M.W version of course…)

And for many weeks I thought that he says in the chorus “hey hey Colorado”, and that’s why I could not find it anywhere on the internet… (:

It became my top song of the summer and easily one of the songs I played the most times in my life on my guitar.

It carries such a huge amount of this American spirit that I am deeply fond of.

I played it in houses and campfires all throughout the country, from east to west.

I used to think you’re the coolest thing in the world, before I discovered a bunch of other countries which were very cool in their own, brand new ways. Ways that I did not know from the movies.

So then came a period of distance, after a few years of coming back every summer, when I felt like I’ve had enough.

I felt that things were too shallow there, and got to mostly just see this side of things, while forgetting about all the beauty that America has to offer – in so many different ways.

But in the last few months, my passion is starting to come back.

After more than two years away, I am feeling an urge to go there and see America the beautiful again.

I want to go again and enjoy the vibes and the music of New Orleans as a much more mature person and musician.

To meet people and explore, and really listen deeply to the music like I could never fully understand before.

To go to Austin, float on the river with old friends, and enjoy the partying and the food that you can find only there. Go high up on Mount Bonell and see the most beautiful sunset on Lake Austin.

To go to California, and enjoy those west-end vibes that reminded me of home back in Israel, but in a much bigger way.

To talk with people who are so passionate about music, with their cool American accents, in the place where most of the good music that I know was born.

Anyway, off I go to fill up my visa documents. In 2020, after my journey in Brazil, I plan to come back and keep widening the circles that I left open in this lovely and lively country.

Hey there! My name's Cooper, I am discovering the world while running my online teaching business, playing venues with a band / solo, and trying to learn with the most inspiring musicians wherever I go. In the last 8 years I've spent long periods in Australia, northern Europe, the USA, Sri Lanka and more. Originally I am from Tel Aviv, Israel. I hope I can be a helpful friend on your musical journey. 🙂

As an Amazon Associate I earn from qualifying purchases.